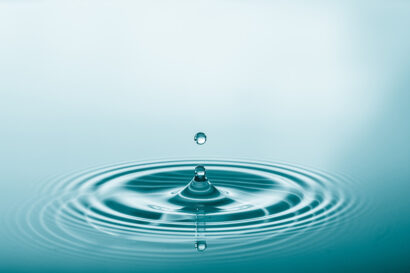 Water pollution is the contamination of water by changing its physical or chemical properties. The discharge of sewage or any other liquid, gas, or solid waste into water (whether directly or indirectly) may cause a nuisance or endanger public health or environmental safety.

So, the government passed the Water (Prevention and Control of Pollution) Act, also referred to as Water Act in India, to prevent and control pollution. The Act intends to keep or restore the healthy nature of water and carry out the objectives of its enactment.

To carry out the Board’s stated aims and functions, the Board has 17 members. There are some features of the act established for its effective implementation. These are:

Compliance and enforcement of the Water Act

It is the prime duty and accountability of the Central Board members to save from pollution. The Board members have the authority to inspect industries/ projects and are required actions to be done from time to time to check and ensure compliance with the Water Act.

The main checklist for compliance under Water Act by the board members includes:

Under the provisions of the Water (Prevention and Control of Pollution) Act of 1974, such industrial units must apply for permission to operate through the online Consent Management and Monitoring System (CMMS).

Manufacturing contributes to air and water pollution. The Board Members inspect any control equipment, industrial plant, or manufacturing process at all reasonable times and make, by order, such instructions to pollutants as it may deem necessary to take actions for the prevention and control.

Water pollution is when chemicals contaminate water sources and are unfit for drinking, cooking, cleaning, swimming, and other activities. Chemicals, waste, bacteria, and parasites are some examples of pollution.

Every person who runs an industry or a local government that uses water, regardless of where the water comes from, must pay a cess based on the amount of water consumed.

There were two key elements to British colonial water law:

Union Legislation and the Constitution guarantee the continuation of all legislation in effect at the constitution’s adoption. According to the scheme provided in the Government of India Act (1935), water is a state subject.

In 1972, the United Nations Conference on Human Environment was convened in Stockholm, Sweden, to take adequate measures to protect the earth’s natural resources.

India was one of the most active players. As a result, it pushed for and implemented actual actions to create a unified legal framework across the country for broad environmental issues that jeopardise human health and safety.

Based on the guidelines of the conference, the government of India enacted the Water Pollution Act.

Penalties and fines under the Water Act

Section 42 of the Water (Prevention & Control of Pollution) Act, 1974 prohibits:

The penalties for the prohibition of the act provisions include a sentence of jail for a three months term or a fine of up to Rs. 10,000/- or both.

In India, water contamination is a severe issue. The right to a pollution-free environment has been incorporated into the Indian Constitution’s fundamental right to life. The statutory framework for water pollution includes provisions of municipal laws.

The provisions related to public nuisance for water pollution prevention are included under civil and criminal laws.

Water pollution is a major problem in India—controlling and preventing it is even more difficult. Because we have not been able to raise public awareness about the importance of conserving water bodies, the Water Act undoubtedly establish several agencies that will work to prevent and control water pollution.

The Water (Prevention & Control of Pollution) Act also establishes various procedures for filing complaints and the powers of every board.

What is the main aim of the Water Act?

The purpose of the Water Act 1974 is to prevent and regulate water contamination.

What are the established bodies in Water Act?

The Act also gives established bodies like the central board and the state board some powers to control the pollution of water bodies.

What are the Powers of the Central Board?

Develop groundwater policies, programmes, and practices with active participation from all stakeholders to monitor and enable the use of the country's groundwater resources sustainably.

What are the prohibitions mentioned in Water Act?

Poisoning, hazardous substances and chemicals from Industries into any water stream is prohibited in Water( prevention and Control)Act.

What are the other Water regulations?