The Union Executive Under Indian Constitution 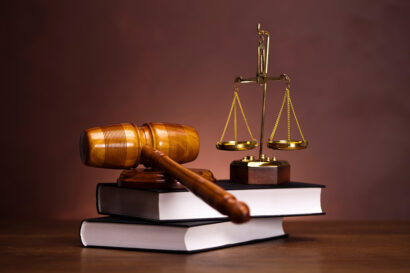 India is a parliamentary republic with a democratic republican government. The central government is the ‘Union Government,’ while the state governments are known as the ‘State Government.’

The Union Government comprises three branches: the Executive, the Legislature, and the Judiciary. The Union Executive under the Indian Constitution incorporates the President, the Vice-President, the Council of Ministers and the Prime Minister as the head to aid, assist, and advise the President. 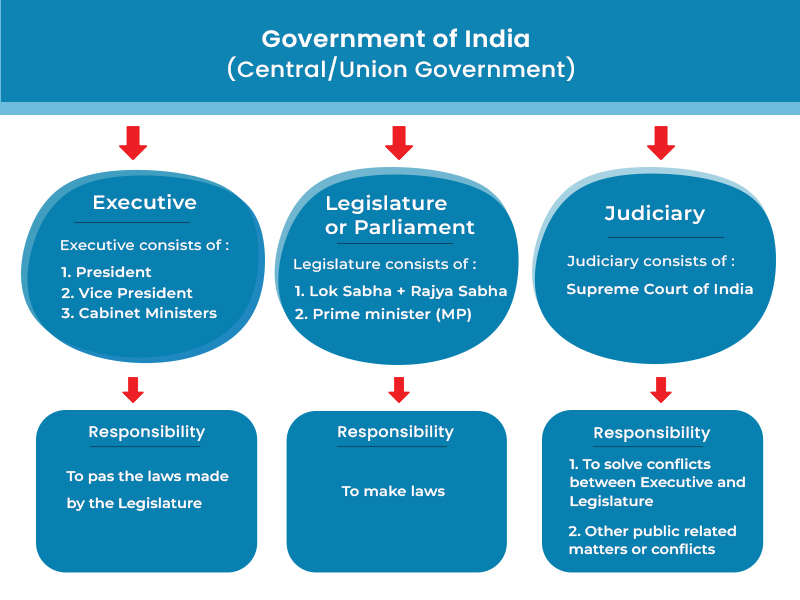 India’s government is based on a parliamentary system, and it is a type of governance in which the executive is accountable to the legislative branch. Because of the concentration of executive powers in the Cabinet, it also gets referred to as the Cabinet Government. The Legislative branch includes the Executive branch.

The leaders favoured this system of government because:

The Presidential form of governance is the polar opposite of such a government. In this administration, the President is held accountable to the people rather than the legislature.

So, since the President is the executive head and all activities get carried out in his name, and the President has several responsibilities, may the Executive carry out an act not stated in any specific legislation?

The government requested writers to submit textbooks for approval in the case of Ram Jawaya Kapoor v. The State of Punjab. When textbooks were authorised, writers were required to sign a contract. The Government owns the copyright to these works. On the sale of the textbooks, the writers only received a 5% royalty. The government acquired control of all book publishing, printing, and distribution rights.

According to the Court, these clauses were ultra-vires to the constitutional power. Without particular law, the government, as an executory entity, lacked the authority to engage in that activity or commerce.

The Indian Constitution contains no limitations on executive power. The Supreme Court ruled that the executive branch cannot be limited to just enforcing laws. Although there is a clear division of authorities, there is no clear separation of functions.

Procedure for impeachment of the President: Article 61

Privileges of the President: Article 361

Article 361 protects the President (a member of union execution) from being held liable in any court for:

However, it does not prevent anybody from launching a viable legal action against the Governor or the Indian government.

During the period of his office, the President is exempt from all forms of criminal prosecutions.

Powers of the President

As per the Indian Constitution’s Article 53, all executive functions of the Union would get vested in the President of India. Under the Constitution, the President may exercise his executive responsibilities through officers reporting directly or indirectly.

The President has the following powers under this article:

Article 53 further stipulates that the President is the Supreme Commander of the Union of India’s Armed Forces. It further specifies that no specific regulations can limit the application of this fundamental concept.

The President, as Supreme Commander of the Union’s Armed Forces, has the following powers:

In addition, the President has certain legislative authorities, including:

Functions of the Vice-President

The Vice-President of India has various crucial tasks and responsibilities. The Indian constitution’s Articles 64 and 65 discuss the following functions:

The Council of Ministers

According to Article 74 of the Indian Constitution:

The framers of the Constitution gathered all of the provisions required to create a strong and accountable executive government for our country. As a result, citizens must collaborate with the administration for our Indian democratic system to work properly.

Which part of the Constitution deals with the Union executive?

What is the Dissolution of Parliament?

The Lok Sabha in our nation has a five-year term, although it can get dissolved early. Article 83(2) of the Indian Constitution stipulates that it can get dissolved after five years from the start date of Lok Sabha sessions. In such instances, a general election is called to elect the new Members of Parliament.

What is the Size of Ministries?

The 91st Amendment Act of 2003 established a cap restriction on the size of ministries. The amendment stipulated that the Council of Ministers' strength may not exceed 15% of the total number of members of the state's Lok Sabha or appropriate Legislative Assembly.

What are the Financial roles of the President?