Details about Anti-terrorism Laws in India 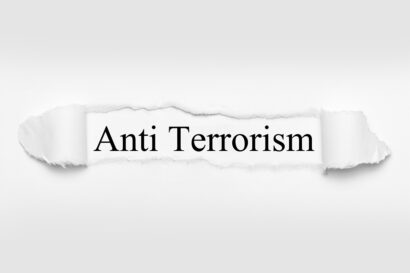 Terrorism in India has grown significantly over the last two decades. The bomb blasts and terrorist attacks in cities like Jaipur, Ahmedabad, and Bangalore, the attack on Mumbai and the recent attack on Pune outraged every Indian.

No civilised nation can allow such barbaric inhumanity to be supported or sponsored in any part. The only way to reduce such activity is through anti-terrorism laws like the Prevention of Terrorism Act, 2002

India faces numerous challenges in managing its internal security. Terrorist activity has increased to cross-border terrorist activities and insurgent groups in various parts of the country.

Many anti-terrorism laws are enacted in India, but they are frequently challenged because they violate people’s fundamental rights. The post-anti-terrorism legislation in India has praised the legislation for effectively ensuring the speedy trial of those accused of indulging in or aiding terrorism in India. However, these laws have been broken down over time in light of human rights. After September 11, 2001, more specifying anti-terrorism laws are required to end terrorist activities.

The term terrorism is derived from the French word Terrorisme, derived from the Latin verb “terrere” (to cause to tremble). Jacobins cited the rule while imposing a Reign of Terror during the French Revolution. After the Jacobins lost power, the term “terrorist” came to be derisively used.

In modern times, “terrorism” refers to killing innocent people by a private group to create a media spectacle.

“intended to cause death or serious bodily harm to civilians or non-combatants to intimidate a population or compel a government or an international organisation to perform or refrain from performing any act”.

Acts of terrorism are legally distinguished from criminal acts committed for other reasons in many countries, and the statute defines the term “terrorism”.

Terrorism has now taken on global dimensions and has become a global challenge.

Terrorist groups and organisations use modern means of communication and technology to expand their reach and methods, such as communication systems, transportation, sophisticated weapons, and other means. It has given them the ability to strike and threaten people at will.

The Indian criminal justice system, such as the Criminal Procedure Code (CrPC), was not designed to deal with such heinous crimes. In light of this situation, it was deemed necessary to enact special anti-terrorism laws that harshly punish these enemies of humanity.

What is the Global Terrorism Index?

The Global Terrorism Index (GTI) is a comprehensive study that examines the impact of terrorism in 163 countries that account for 99.7% of the world’s population.

The Institute for Economics and Peace (IEP) creates the GTI report using data from Terrorism Tracker and other sources.

Given the significant resources committed to counter-terrorism by governments worldwide, it is critical to analyse and aggregate the available data to understand its different characteristics.

One of the GTI’s primary goals is to investigate terrorism. It also intends to contribute to a positive, practical debate about the future of terrorism and ensure the required policy.

Cause of terrorism in India

The Primary causes of terrorism in India include:

In Assam and Tripura, it is evident that the government failed to control the large-scale illegal immigration of Muslims from Bangladesh. The immigration of refugees into Assam and Tripura affected the local populations of Bengali migrants. As a result, the government receiving an increase in migration became a threat to greater political and societal integration. As countries try to limit the increase of migrants into their territory, migration becomes closely connected with border control, leading to terrorism in India.

Every sovereign state pursues what they perceive to be its national interest. At the highest level, a nation’s vital interests would include territorial integrity, state sovereignty, and the security of its people.

Non-state actors are effectively challenging all three of these in India today. While most non-state actors have emerged from indigenous narratives, some have been promoted, propped up, or supported by nation-states hostile to India.

Internal conflict has erupted in Jammu and Kashmir (J&K), parts of Northeast India, and the hinterland, where a terrorist has spread violence in too many districts.

Terrorist acts have been committed on religious grounds throughout history in the hope of spreading or enforcing a system of belief, viewpoint, or opinion. Terrorist activities are primarily attributable to radical Islamic, Hindu, Sikh, Christian, and Naxalite movements.

It is primarily seen in northeastern states such as Nagaland, Mizoram, and Manipur due to feelings of ethnic segregation, which has given rise to terrorist groups such as the United Liberation Front of Asom( ULFA) and others.

Earlier laws on anti-terrorism in India

Since 1937, the League of Nations and the United Nations Organization have attempted to define a unanimous definition of terrorism through various conventions to legislate a uniform anti-terrorism law.

President Bush signed the Uniting and Strengthening America by Providing Appropriate Tools Required to Intercept and Obstruct Terrorism (USA PATRIOT) Act of 2001 on October 26, 2001, to deter and punish terrorists in the United States and around the world.

The National Investigation Agency (NIA) is a new federal agency established by the Indian government to combat terrorism in India.

The Agency has the authority to deal with terrorism-related crimes across states without the need for special permission from the states. The provisions of this Act relate to investigation affect the powers of the State Governments and prosecute any scheduled offence.

The Act is a self-contained set of measures for declaring secessionist organisations illegal, adjudication by a tribunal, control of unlawful organisations’ funds and places of business, sanctions for their members, etc.

The UAPA Act has always been approached holistically, and it falls under the scope of the central list in the Constitution’s 7th Schedule.

The Code of Criminal Procedure, 1973, has also been altered. While the modifications are not necessarily the result of terrorist activities, they will impact the accused and seek relief for victims of such attacks.

Before India’s independence in 1947, terror activities were aimed at causing fear among the British rulers rather than killing the general public. So we do not label these freedom fighters as terrorists, but after 1947, terrorism killed innocent people. However, the scope of terrorism has grown in the current scenario. Today’s terrorist hotspots include Jammu and Kashmir, Mumbai and Central India.

The introduction of the National Investigation Agency Act (NIA), 2008, as the first step toward effective treatment of terrorism-related offences, is the most significant recent development. The federal, state and municipal governments are all responsible for combating terrorism. This Act envisions a partnership between the federal government and the states in investigating terrorism cases.

What is the use of the Global Terrorism Index (GTI)?

The Institute by Global Terrorism Index (GTI) presents a comprehensive overview of significant global trends and patterns in terrorism during the previous 14 years.

How to prevent Terrorist Attacks?

To reduce the possibility of a terrorist attack by keeping an eye out for suspicious situations, such as an unattended bag or someone who appears to be concerned about a building's security.

Main causes for terrorism in India?

Cross Border and Religious Causes are the leading cause of the terrorist attack in India.

What role does international law play in counter-terrorism?

A state's rights and obligations under international law are superior to any rights or duties that may exist under national law.