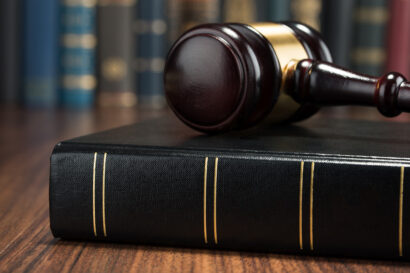 India is a union of states; the term states here also includes union territories. The States Reorganisation Act was enacted in 1956 to divide the states within India on a linguistic and cultural basis.

The act came into force with the introduction of the Constitution (seventh amendment) Act 1956. It restructures the constitutional framework for India’s existing states and the reorganisation act as per the provision under Article 3 of the constitution of India.

The States Reorganisation Act resulted from recommendations of the states reorganisation commission established in 1953. The Act consists of IX Parts containing 130 Sections and 6 Schedules.

The formation of new states and altering the areas, boundaries or names of existing states is based on Article 3 of the constitution of India.

As per Article 3, the Parliament can:

A bill for such purpose should get introduced in either House of Parliament except for only the President’s recommendation. Such bill containing the proposal for alteration in the area, boundaries or name of any state is referred by the President to the concerned State’s legislature for expressing its views within the specified period and such further period as granted by the President.

There are various definitions under the States Reorganisation Act 1956. These are:

The sub-section (f) of Section 2 of the Act stated the definition of an “election commission”. It is the commission formed by the President under article 324 of the constitution of India.

It also prescribed the definition of law. It states “law” as an ordinance, enactment, regulation, order, rule, scheme, bye-law, notification or other instrument having the force of law in the whole or any part of the territory of India.

It defines the term “New state” as a state formed under provisions of part II of the States Reorganisation Act 1956.

The Act also describes a “sitting member” as a member of either House of Parliament or the State Legislature appointed before the appointment day of the concerned house.

The Act states an “existing state” is a State already mentioned in the first schedule of the constitution at the time of this Act’s commencement.

A “successor state” is a state to which an existing state or any of its territory is transferred by the provisions of Act’s Part II.

“Transferred territory” is defined as territory of an existing state which is transferred to another current state or new state by the provisions of part II of the States Reorganisation Act 1956.

Changing the name and transferring territory from Hyderabad to Andhra

Article 3 of the States Reorganisation Act 1956 prescribes the provision for the transfer of territory from Hyderabad to Andhra and name alteration. It states:

Formation of the new state of Andhra comprising the territories of:

The territories referred to in the above clauses should be included as part of the state of Andhra Pradesh :

Transfer of territory from Travancore-Cochin to Madras

In the State of Madras, the territories comprising the Agastheeswaram, Kalkulam, Thovala, and Vilavancode taluks of Trivandrum district and the Shencottah taluk of Quilon district should be added from the appointment day.

The new state State of Kerala will be formed from the day of the appointment. These states should comprise the following:

The territories specified in clause (b) above will form a separate district known as the Malabar district in the State of Kerala.

A union territory to be known as the Laccadive, Minicoy and Amindivi Islands should be formed.

This union territory will comprise the Laccadive and Minicoy Islands in the Malabar district and the Amindivi Islands in the South Kanara district from the appointment day. The said Islands will cease to form part of the existing State of Madras.

Formation of a new Mysore State

Formation of a new Bombay State

There will be a new State formed to be known as the State of Bombay comprising the following territories, namely:―

The abovementioned areas will no longer be a part of the respective states of Bombay, Hyderabad, Madhya Pradesh, Saurashtra, and Kutch.

The Chandgad taluka should be included in the Kolhapur district

The Ahmadpur, Nilanga, and Udgir taluks should get included as part of the Osmanabad district,

The Solapur circle of Boath taluk, Kinwat taluk and Rajura taluk should be included as part of the Nanded district and

The territories included in the existing State of Kutch should form a separate district known as the Kutch district in the new State of Bombay.

Formation of a new Rajasthan State

A new state should be formed to be known as the State of Rajasthan from the appointment day.

The State will comprise the following:

Ajmer district should be a distinct region comprised of regions that make up the current State of Ajmer. The territories prescribed in clauses (c) and (d) will be included as part of the Sirohi and Jhalawar districts in the newly formed State of Rajasthan.

Formation of a new Punjab State

There will be a new state formed—the State of Punjab, comprising the following territories, namely:―

These territories will cease to be a part of the existing State of Punjab and Patiala and East Punjab States Union, respectively.

The act of 1956 also helped remove caste, culture and linguistic controversies and eased the administration process. The cultural and religious affiliations were also given importance which also helped in the concerned region’s economic development.

Where is the provision for establishing the principal seat of new high courts prescribed?

It is prescribed in Section 51 of the States Reorganisation Act, 1956.

Who has the power to enrol, admit, suspend or remove advocates and attorneys under the new state?

The high court has such powers under section 53 of the States Reorganisation Act 1956.

What does part III of the act of 1956 prescribe?

Part III of the act has provisions regarding the formation and governing of zones and zonal councils.

What does the fourth schedule of the constitution consist of?

The fourth schedule of the constitution of India consists of provisions regarding the allocation of seats in the council of states.