All You Need to Know About Industrial Employment (Standing Order) Act, 1946 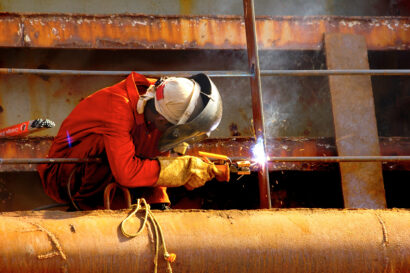 In Indian history, the workmen or employees worked in chaotic conditions of employment. The workers were engaged individually with uncertain and vague employment conditions. So, the Industrial Employment (Standing Order) Act 1946 was enacted as a remedy for the situation. The act’s objective was to bring uniformity related to employment in an establishment to minimise industrial conflict.

The Act of 1946 states that employers associated with industries need to define the conditions of employment.

Standing order states the law governing the employer and employee relationship in industrial establishments. It includes the classification of workers, working hours, attendance, suspension and termination.

According to Section 2(g) of the Industrial Employment (Standing Orders) Act, 1946 ‘Standing Order’ means rules relating to the matters set out in the Schedule. In other words, it can be the rules of conduct for workers employed in industrial establishments.

Nature of the Standing Order

Thus, the Standing order can be said as of the following nature:

Features of the Standing Order Act, 1946

Following are the salient features of the Industrial Employment (Standing Order) Act:

The objective of the Standing Order Act of 1946

The objective of the Standing Order Act, 1946 are as follows:

Application of the Standing Order Act, 1946

The Standing Order Act applies to the Industrial Establishments within India. However, the number of workmen engaged in the concerned industry should be 50 or more either at present or any day of the preceding year.

Further, Section 2(i) of the Standing Order Act provides entities covered under industrial establishment. Following are the entities listed as Industrial Establishment:

Non- Applicability of the Act

The Industrial Establishment is excluded from applying for the Standing order through various statutory provisions.

Further, as provided under Section 13B of the Act, the Standing Order Act does not apply to the industrial establishment where the workers employed are the persons to whom the rules below apply. The rules are as follows:

The matters to be provided under the Standing Order Act are:

The draft submitted should accompany the statement that prescribes particulars of the workmen employed in the industrial establishment, including the trade union‘s name.

Section 4 of the Act provides conditions for certification of the standing order, which include:

Section 5 of the Standing Order Act deals with the Certification of the standing order. After receiving a draft under section 3, the certifying officer should forward a copy of the draft to the trade union. If there is no trade union, the copy is forwarded to the workers and the notice seeking objection.

The certifying officer, after given a chance to be heard by the employer, trade union or the representative of the workers, should decide whether the modification in the standing trade can be certified as per the provision of the act or not. Thus the order in writing for modification is made accordingly.

The certifying officer then certifies the draft standing order to modify the Standing Order within seven days. After modification, the copies of the certified order are sent to the employer and the trade union or prescribed representative of the workers.

Section 9 deals with the posting of the standing order. The certified standing order should be posted on the boards by the employer in English or any other language understood by most workmen. The boards are maintained at the entrance through which most of the workmen enter and in all the departments where workmen work.

Power of the government

Section 14A provides that the appropriate government can direct any power exercisable by the government under Standing Order Act, 1946. Such powers can get delegated for certain matters and are subject to certain conditions.

Section 15 of the standing order provides that the appropriate government can make rules regarding the Act, and the rules are formed only after notifying in the official gazette.

The appropriate government can make the following rules:

Standing orders can also be referred to as the Constitution of industries that lays down rules & regulations for better industry functioning.

The Standing Order Act, 1946 or the Industrial Employment (Standing Order) Act, 1946 formally provides the employment relations between employer and workmen or trade Union.

The Act provides the concept of ‘standing order,’ a contract representing the will of parties regulated in the Act. On a final note, Standing Act lays down an exemplary notion and requires thorough reforms in the present employment scenario.

Who is certifying officer?

Labour Commissioner, regional commissioners or any of the appropriate government's officers appointed for such purpose.

Who is the Appellate Authority?

What are the conditions for certification of standing orders?

Standing Orders will be certified:-

Can the Certified Standing Orders be modified?

Yes. Section 10 of the Act provides for modification of standing orders on application by an employer, workman, or a workmen trade union.

What is the punishment for an employer who fails to submit a draft standing order per the provisions under section 3 of the act of 1946?

The penalty for such an offence is five thousand rupees, and for continuing offence, two hundred rupees daily for the period the offence continues.

Which section consists of the provision for payment of subsistence allowance?

Section 10-A of the act consists of the provision for payment of subsistence allowance in case of suspension or pending investigation against a worker.