Legal liability and Stages Of Litigation against a company 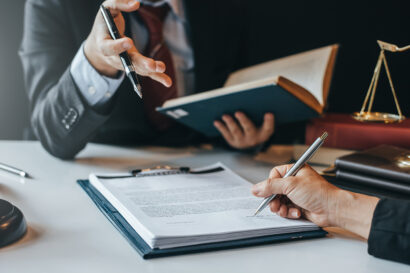 Litigation is the process to resolve a dispute by the involvement of a court of law. The term litigation gets derived from the Latin word ‘litigatio‘. The term describes the process of enforcing or defending the legal rights of an entity.

For example, a company gets sued to receive a claim against the inappropriate quality of the product, for not mentioning proper details of the product, and the reason can be many. But what is common is the procedure for such a case.

To claim damages, either the customer or the plaintiff will go to consumer court or the National Company Law Tribunal (NCLT). Once a party goes to the NCLT or Civil Court for claiming damages, he would have to go through the stages of litigation as provided by the Code of Civil Procedure, 1908. The provisions of the Companies Act, 2013 also apply in companies’ cases.

Who can imitate litigation against a company

A litigation proceeding can be initiated against the company by the following persons:

Stages of Litigation against a company

A lawsuit against a company filed in an NCLT or civil court has to go through the stages of litigation as provided by the Code of Civil Procedure, 1908. The stages include:

Reasons to Sue a Company

A Company gets sued for many reasons. Some of the reasons are:

Types of Companies Can Be Liable

Any company can be held liable for its actions that violate the law.

Companies that can be held liable are:

Every form of an organisation forms a different kind of liability. If a person sues a sole proprietor firm, the firm’s proprietor would be liable. On the other hand, if a company gets sued, it gets liable and is represented by a natural person.

How to Sue a Company for Damages?

It is said that before suing a company, it is better to discuss the matter with the company. This is because for suing a company and claiming the damages, the case has to go through various stages of litigation; the process becomes very tiring at times. So it is always seen as beneficial to have words with the company regarding issues and find a solution with mutual consent.

If a company refuses to fix the issue, an individual should consider filing a suit against the company. In such a situation, one must start collecting information that might help about claiming the amount. So, consulting a lawyer is always considered a good option. It will help the individual know what type of damages he can claim as per law. If the amount involved in the case is less, it is better to take the issues to the small cause court. It will save both time and cost. The plaintiff has to prepare himself to go through the stages of litigation.

Impact of Lawsuits and Litigation on Brand Image

Brand image is necessary for the survival of the company. It takes time to build a brand image. Customer’s trust and confidence in the company are seen by its brand image. A company with a clean and clear brand image attract customers and investors. All company resources might be similar, but only the human resources and the brand image are different. It helps a company to stand out from the rest of the companies. Companies with a good brand image have more loyal customers.

A lawsuit leaves an impact on the company. The impacts are:

A most recent and prevalent example of this is the case against “Maggie.” This case affected the sale of Maggie badly for almost two years.

There is no hard and fast way to avoid a lawsuit. But such suits can be avoided by taking precautions. Precautions do not take much time for the company, and it just means that work gets done a bit differently. If things are done in such a manner that the company does not have to go out of the legal procedures, it would be more helpful for the company. Also, having legal experts in the company might help the company avoid lawsuits.

Litigation in India is a very lengthy process. There are various stages of litigation through which every case goes through. This lengthy procedure of the court proceeding is tiring and time-consuming.

The lengthy procedures of the court are the reason behind such an increase in the number of pending cases in the courts of India. The companies tend to avoid such proceedings not just because they affect their reputation but also because a case pending in the court means many resources get wasted along with the time.

For any company, it is difficult to survive in this competitive market. The various stages of litigation increase the time spent by the company in the courts and make it even more difficult for the person is claiming damages.

What do you mean by litigation?

Litigation is the process, act or practice of resolving a dispute in a court of law.

What are the two reasons for which a company tends to avoid litigation?

The two reasons due to which a company tend to avoid litigation are:

Why is brand image important for a company?

A brand image is vital for a company as it shows the trust and confidence of the customer in the company.

What are the types of companies that can be held liable?

Companies that can be held liable are: