Mechanism of settlement of Industrial Disputes 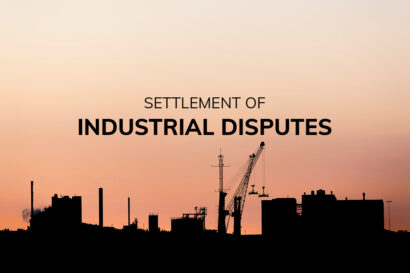 Any industry continually suffers from disputes. The relationship between employees and their pay is the one that raises the most concerns, and a disagreement between two parties results from their inability to agree. The employer and the employee are the parties involved in the labour dispute.

Traditionally, the employer has constantly introduced an excessive self-being in the powerful position, placing the representatives on the lower stepping stool of the general public. This disparity must be corrected so that the representative and the business have an equal chance to communicate their needs.

An employee has the right to get paid depending on how much effort he contributes. The employer must provide the employee with a decent amount of pay and other requirements necessary to obtain employment. Therefore, settlement of industrial disputes is always crucial between two parties under the Industrial Dispute Act of 1947 to prevent the company from suffering losses or harm

The Industrial Disputes Act of 1947 came into existence to provide equal and fair treatment for employers and employees. The goal of the action is to settle arguments that come up during conversations, and it promotes contemporary harmony and amity in this way.

The means to resolve an industrial dispute if the parties cannot reach an amicable agreement is via adjudication on the recommendation of the relevant government. For the parties to the issue to settle amicably, the function of voluntary arbitration is therefore essential.

Mechanism for settlement of industrial disputes

Concrete machinery regulates the dealing of industrial disputes in a just and fair manner for the involved parties. This machinery aids in ensuring or guaranteeing a standardised situation in which the employer and the employee can coexist and work amicably, which is necessary for the development of the industry.

Conciliation and Mediation are the two ways by which generally any Industrial Dispute gets resolved.

The Industrial Disputes Act established internal and external agencies for the settlement of industrial disputes. It forbade unlawful strikes, lockouts, and unfair labour practices, but from the perspective of compliance, it is crucial to have efficient internal systems to resolve disagreements.

External methods like arbitration and conciliation frequently require a lot of effort, price, and time, which strains the connection between the employer and the employee. Therefore, internal processes are advantageous since it reduces the need for adjudication or other forms of conflict resolution, leading to a better working environment and more productivity.

What is an Industrial Dispute?

Which types of establishments are covered under the Industrial Disputes Act of 1947?

This Act applies to establishments with employee collaboration and engages in a planned activity with or without the goal of making a profit.

What are the critical elements of the 1947 Industrial Disputes Act?

The primary goal of this Act is to ensure that there is industrial harmony. In the event of layoffs, reductions, or closure, the industry with an average of 100 or more workers over the previous 12 months must first acquire the prior approval of the designated authority.

How do raise Industrial Disputes?

If a discharge, dismissal, layoff, or service ends, a worker may bring a dispute immediately before a conciliation officer.

How is the Arbitration Award carried out?

After 30 days have passed from the date of its publication in the Official Gazette, an Award becomes enforceable. The person is responsible for putting the Awards into effect. 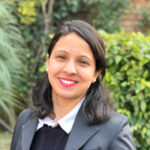 Eknoordeep is an Advocate. Currently she is working as an Associate with a Law Firm based out of Delhi. She has completed her BA. LL.B( Hons) from Lovely Professional University, Punjab in 2020. She has a good experience in Corporate, Civil and Commercial Laws.

She has a keen interest in the research area and write research papers, articles on current and social issues. Her manuscripts are published with distinguished Journals and Magazines. She is also a core member of Legal Podcast on Spotify (Metanoia). She has worked as an academic writer and content writer with different organisations.