Benefits to Senior Citizens in India 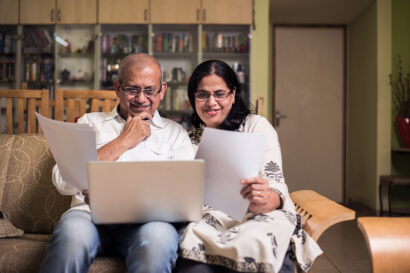 A country’s priorities include meeting senior citizens’ requirements for services and social protection by protecting their rights and allowing them to participate in the development process.

In recent years, the proportion of elderly citizens in India’s population has increased, and this trend is projected to continue. As per United Nations Population Fund (UNFPA) report from 2017, roughly 12.5 % of India’s population will be 60 or older by 2030.

Articles 41 and 46 of the Constitution prevent weaker sections of society, including senior citizens, from any form of exploitation. Although directive principles are not legally enforceable, they create a positive duty to the state when enacting legislation.

Who is a senior citizen?

The Maintenance and Welfare of Parents and Senior Citizens (MWPSC) Act, 2007 defines “senior citizen” as anyone who is an Indian citizen and has reached the age of 60 years and above.

Status of senior citizens in India

According to the Census Data 2001, the total population of senior citizens is above 7.7 crores, with 3.8 crore males and 3.9 crore females.

The Social Statistics Division of the National Statistical Office (NSO), Ministry of Statistics and Programme Implementation, released a report in August 2021 on the older citizen are following:

The Maintenance and Welfare of Parents and Senior Citizens Act of 2007 got enacted to assist senior citizens with financial security, welfare, and protection.

As per the act:

The Act has other measures to protect such older people’s lives and property.

Since the Act’s implementation, those who have transferred their movable or immovable property on the condition that the transferee supplies them with basic amenities and takes care of their physical needs have been considered to have made the transfer by fraud, coercion, or undue influence. It is possible to nullify such a transfer.

According to the main Act, the definition of “parents” includes biological, adoptive, and step-parents.

The amendment expanded the definition of “parent” to include father and mother, biological, adoptive, step-parents, father-in-law, mother-in-law, and grandparents—whether or not a senior.

Earlier, the maintenance relief each month was limited by the 2007 Act to a maximum of Rs 10,000 per month.

The proposed modifications eliminated the principal acts and restricted the maintenance limit of Rs 10,000 each month.

Now the monthly allowance, the maintenance order may direct the provision of extra resources and care for the maintenance. When assessing maintenance, the tribunal may now consider the parent’s or senior citizen’s standard of living and earnings and the children’s earnings.

Benefits of senior citizens in India

In India, tax policies for them reduce their financial obligations during retirement. According to the Internal Revenue Service, persons over the age of 60 are considered senior people, and those over the age of 80 are super senior persons.

Older people with Indian citizenship coming under the categories mentioned above are eligible for various travel discounts.

In India, senior citizens receive discounted train tickets. They can get a 40% and 50% discount on all classes of Mail, Rajdhani, Shatabdi, Jan Shatabdi, Express, and Duronto trains, respectively. This discount, however, does not apply to tatkal reservations. During the booking process, one can use separate counters, and the passenger reservation system automatically reserves the lower berth for them while booking online.

Customers of MTNL are entitled to a 25% reduction on installation and monthly service prices for landline connections.

For their convenience, most bank locations feature distinct lines for them. They may also get a better rate of return on their assets. The Scheme for them pays an annual interest rate of 8.4%, and they are also entitled to a 0.5% greater fixed deposit interest rate than the general rate.

Seniors aged 60 and up can write to the court requesting a priority hearing for their cases to provide convenience and a speedier response time.

They can invest up to Rs. 7.5 lakh in this scheme and receive your pension monthly, quarterly, half-yearly, or annually.

Obtaining a passport can be a time-consuming process. Before issuing a passport, the applicant needs to undergo police verification. On the other hand, senior people may be subjected to post-issuance police verification. For this, they must include a copy of their son’s or daughter’s passport (if they are over 18 years of age) with their application form. The child’s passport copy must include a page with their parent’s names.

The Union government has set an age limit (i.e. 60 years) for a person to classify him/her as a senior citizen in its ministries, departments, and private organisations. It aims to address inconsistencies in the distribution of benefits to the seniors.

To achieve this change, the Ministry of Social Justice and Empowerment plans to modify the Maintenance and Welfare of Parents and Senior Citizens Act, 2007.

The Maintenance and Welfare of Parents and Senior Citizens Act 2007 was established to provide maintenance assistance to elderly parents and senior people. The Act incorporates 7 chapters and 32 sections.

The Act assists in meeting their fundamental needs, adjudication, and disposition of cases in their best interests, establishing and managing institutions and services, and the rights provided and recognised under the constitution and related matters.

Who is a senior citizen?

Any person who is an Indian citizen and has reached the age of 60 years or more is considered a senior citizen.

What is the name Act enacted for the welfare of the senior citizens?

The Act passed by the parliament is the Maintenance and Welfare of Parents and Senior Citizens Act In 2007.

What are the rights of a senior citizen?

The government provides various advantages and concessions to simplify their lives. They receive subsidised treatments, medications from the government, and even certain private facilities. Discounted tickets are available for them under Indian Railways and Air India.

Is it possible for a childless senior citizen to get maintenance under the Act?

Yes, under the Act, a childless senior can seek maintenance from a relative.

Where are the provision in Constitution for senior citizens?

The constitutional provisions are in Articles 41 and 46.