Section 10 of the Income Tax Act- Crafted for the Taxpayers 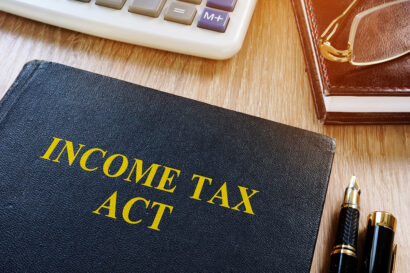 Taxes, as defined, are those charges applied on payments, products, services, exchanges and administrations which the government governs. The income derived from these charges, known as taxes, is used for the nation’s overall development and the welfare of the country’s general public.

Ranging from administration to recovery of Income-tax, the statute that is considered of utmost crucial and facilitates obtaining the charges is called the Income Tax Act, 1961 of India.

As per this act, anyone who belongs to India is liable to pay taxes if they earn above a certain amount of income. Hence, Section 10 of the Income Tax Act, 1961 was brought into existence to balance out the idea of saving on taxes and paying the same by the taxpayers.

Section 10 of the Income tax Act of 1961 lists different types of categories under which the taxpayers get exempted to pay the taxes are as follows:

Apart from their daily incomes, salaried individuals get bestowed upon several benefits, some of which are considered part of the total income and some exemptions under section 10 of the said act.

As per section 10(14) of the Income Tax Act, 1961, certain allowances fall under the ambit of special exemptions for which no tax gets imposed. The exception is based on the amount utilised for the specific purpose, whichever is less in amount. The grants bestowed upon individuals as per this section is as follows:

In continuation with the section mentioned above, here are further grants bestowed upon individuals:

Continuing with the above-said section, there are special allowances granted to certain individuals which constitute as exempt, and they are as follows:

As per section 10 of the Income Tax Act, several particular allowances are granted to individuals who earn their income in the form of salaries that do not have any added taxes associated with them. When such salaried taxpayers are filing for tax returns under ITR-2, for the grant to get bestowed upon, they need to disclose such type of exempted income under the section: Schedule S- Details of Income from Salary.

The grant can only be allowed if the exemptions fall under the following categories and are disclosed by the salaried individual while filling their income tax returns:

As per section 10 of the Income Tax Act, there are grants given in terms of exempted tax, which is no taxes are added to certain allowances, to individuals who earn their income in a non-salaried form. Non-Salaried taxpayers must disclose this type of income while filing their income tax returns- ITR 1 under Schedule EI- Details of Exempt Income.

The grant for non-salaried individuals is only if their income falls under the following categories of exempt allowances and gets disclosed by the taxpayers in their income tax return forms:

Consequences Of Not Disclosing Exempted Income

Section 10 of the Income Tax Act also categorically specifies the individuals’ consequences if they fail to disclose the exempted income.

As said above, certain income categories do not have any added taxes associated with them. Because of that, if the individuals fail to disclose this aspect, they will be omitted from receiving the grant and liable for consequences. This liability is because the Income Tax department exists to make sure all the transactions are authentic. When they cannot pinpoint the source of such income that the taxpayers have failed to mention under the exempted allowance category, they will be put under severe scrutiny by the department. Hence, it becomes essential for the individuals, salaried and non-salaried, to disclose their exempted incomes.

From creating a set of guidelines to updating the individuals about the grants and allowances, section 10 of the Income Tax Act acts like a saviour. Be it shining light on all types of exemptions granted to different individuals or briefing detailing that all grants salaried and non-salaried individuals receive under the exempted income section benefit the taxpayers. 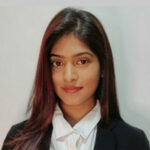 From working for the betterment of animals to travelling without any hindrance, exploring, learn and growing is my motto!