SC/ST (Prevention of Atrocities) Act, 1989: A Shield for Scheduled Caste and Scheduled Tribe 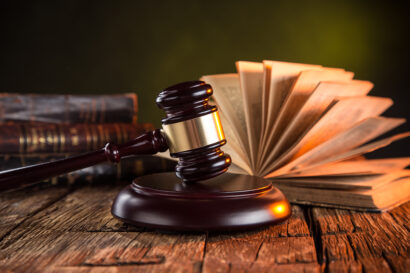 India is a rapidly growing country where different caste lives with harmony and peace. Among all the communities, Schedule Caste and Schedule Tribe are the most progressive, and they get ample opportunities in different fields.

Unfortunately, there are times when Schedule caste and Schedule Tribe are discriminated against and exploited. So, to protect them, the SC/ST (Prevention of Atrocities) Act, 1989, was enacted.

The Act helped prevent offences against the Schedule Caste and Schedule Tribe. The SC/ ST Act is the cure and the cause of many problems, as the SCs and STs take advantage of their rights.

The Schedule Caste and the Schedule Tribes (Prevention of Atrocities) Act, 1989, got enacted on 9th September 1989 and implemented in the whole of India to promote the inclusion of the Dalits in society.

Salient Features of the SC/ST Act

Meaning and definition of Atrocities

In India, atrocity is a term used to refer to the crime against the Schedule Caste and Schedule Tribes.

The parliamentary committee on the welfare of the SC and ST, in its 4th report, mentioned ‘the word atrocity denotes the quality of being cruel and inhumane, whereas the term crime is related to the act punishable by law.‘

The term ‘atrocity’ defined under Section 2(1)(a) of the SC/ST Act, 1989, means an offence punishable under section 3.

Offences and punishments that come under atrocities

Section 3 of the SC/ ST Act, 1989 provides punishment for offences and atrocities.

The following acts are offences of atrocities if done against the member of the SC-ST:

Punishment for the offences

All the offence mentioned in the SC/ ST Act is cognisable offences. Thus, the police have the right to arrest an offender without a warrant. The investigation in such a case can begin without prior orders from the court.

The Act prescribes both minimum and maximum punishments for the offences provided by the act.

Punishment for a subsequent conviction

After the conviction of an offence for a second or subsequent conviction, the punishment is imprisonment for a minimum of one year. It can extend to the punishment as provided for the offence under the SC/ST Act.

Punishment for neglect of duties

As per Section 4 of the Act, a public servant who is not a Scheduled Caste or Scheduled Tribe member neglects his duty should be punishable with imprisonment of not less than six months which may extend to one year.

Duties of Public Servant as prescribed under the SC/ST Act are:

To provide speedy trials, the state government, after consultation with the Chief Justice of the High Court, should establish a Special Court. Following the special court, there must be Exclusive Special Courts for one or more Districts.

In every trial, the proceedings should continue from day to day till the witnesses are examined. If the court adjourns the case beyond the following day, he should record the reason in writing.

The SC/ST Act got enacted to strengthen the considerably weaker sections of society. It covers all the aspects that help and empowers the SC and ST communities.

The Act covers the provision that makes certain actions done by members of any other community against the member of the SC/ ST community an offence. It also provides the punishment for such an offence and covers the provisions providing the rights to the victims and witnesses. Other than this, what makes an SC/ST Act special is the establishment of the Special Court and Exclusive Special Court. The establishment of the special courts has made it easy for the SC and ST community members to get Justice.

What does 'Atrocity' mean?

Atrocity means an offence punishable under section 3 of the SC/ST Act, 1989.

What is the punishment provided for subsequent conviction?

For Subsequent conviction, the person shall be punishable with imprisonment of a minimum of one year, which may extend to the punishment provided for that offence.

Can the property be forfeited as per the provision of the SC/ST Act?

Yes, as per Section 7, the property of certain persons can get forfeited.