Right to Equality – Providing Equality to Everyone 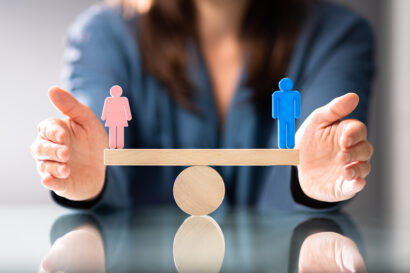 Individuals in society must be treated without discrimination for democracy to prosper. As a result, the writers of the Constitution decided to include such a clause to remove the barrier of prevailing social and economic disparities and allow the country’s different groups to embrace the freedoms and privileges provided by the constitution.

It was thought to be critical to eliminate inequities based on religious beliefs, social norms, and age-old traditions such as untouchability, casteism, and race discrimination, which are still practised in areas of India. The right to equality assures equal rights for all people by prohibiting legal discrimination based solely on caste, race, religion, gender, or place of birth.

What is the right to equality?

The right to equality is among the Indian constitution’s six fundamental rights. It involves equality before the law, as well as the prevention of discrimination based on-

It is the right to live in a society with equality.

The right to equality simply treats everyone equally and ensures no one gets a unique advantage that would disgrace any person or group. Our constitution stipulates that all individuals would be equal under the law of the constitution, as stated in Article 14.

Articles 14 to 18 state the right to equality in India as follows:

Article 14 of the Indian Constitution

“Equality before the law” refers to the fact that citizens and all groups are subject to the same rules and will have no special advantages, and

“Equal protection of the law” means that everyone is treated equally in all circumstances.

Equality before the law indicates that the law must be fair and equally applied among citizens. All citizens of maturity and comprehension should have the same right to sue, prosecute, and be convicted for a similar action, regardless of race, religion, wealth, social rank, or political influence.

Classification is allowed under Article 14, but class legislation is not. Class legislation is when a group of people is unilaterally selected from many people and given special privileges. Article 14 does not prohibit the legislature from classifying people, objects, and transactions to achieve specified goals, but the categorisation must be fair.

Article 15 of the Indian Constitution

Article 15 of India’s Constitution enforces the fundamental principle of equality outlined in Article 14 in specific instances by prohibiting classifications based on legitimate grounds.

While the Article prohibits prejudice-based discrimination, it is also at the centre of a significant corpus of legal rulings, public discussion, and legislation concerning affirmative action, reserves, and quotas.

Article 15 of the Indian Constitution includes five clauses as of the 103rd Amendment.

Article 16 of the Indian Constitution

Article 16 guarantees equal opportunity in public work and prohibits the State from discriminating based on religion, race, caste, gender, ancestry, place of birth, residency, or any combination of these factors.

This article also gives the state the authority to make special provisions for lower castes, minority states, and SC and ST for state-funded positions. In some cases, local candidates may have a preference for particular positions. Reservation of positions in religious or denominational institutions for persons of a certain religion or denomination will not be considered illegal.

Every citizen has the right to equality in government sector employment. However, it also enabled the government to take positive action in the form of reservations to ensure that backward groups in society get adequate representation.

Furthermore, Article 16(4) permitted the state to make reservations up to 50% of the time. The legislature has also established reservations in promotion and reservations for the economically disadvantaged.

Article 17 of the Indian Constitution

Article 17 of the Indian Constitution was added to end the caste system, untouchability, discrimination, and other types of injustice that persisted in our culture for decades. It offers protection from the State and private individuals, and the state must take reasonable steps to guarantee that it will not be breached.

Article 17 has been the only absolute right provided in the Constitution. Exercising untouchability in any form is forbidden, and there are ‘no if’s and buts,’ only consequences if you do so. There are exceptions to every other right, but there are none for article 17, implying that it cannot be broken under any circumstances.

The right to equality is incomplete without Article 17. Not only does it provide equality, but it also guarantees social justice. In India, all types of untouchability are illegal and punishable by law.

Article 18 of the Indian Constitution

Titles are abolished under Article 18 of the Constitution. Article 18 prohibits colonial States from conferring hereditary titles of nobility, such as:

It’s so because they contradict the concept of equal status for all. The abolition of titles is a major topic in India’s Constitution’s Part III (Fundamental Rights).

The right to equality is a fundamental aspect of the Indian Constitution. It plays a critical role in establishing social and economic fairness in modern society, where the upliftment of some classes is essential for a nation’s prosperity. It emphasises individuals’ intrinsic unity through equal opportunity and cares for all.

The right to equality is the foundation for all other benefits and liberties and gives all the ingredients necessary for the evolution of each individual’s personality in the country.

The right to equality is a requirement for everyone living in a democratic society. Due to enormous economic, social, and political gaps in countries like India, equality is critical. Some people have benefited from the reservation system, while others do not accept reservations in today’s society.

Except for reservation, equality aims to put everyone on an equal footing, which is a man’s natural right. Nobody is born equal, either physically or psychologically, and some are good while others are not so good. If there is equality in society, issues can be overcome, and discrimination must be eliminated to attain equality in practice.

How many articles are included under Right to Equality?

There are five articles included, which are Articles 14 to 18.

Which two expressions explain article 14 of the Constitution?

Equality before Law and Equal Protection of Law.

Article 17 of the Indian Constitution.

Which part of the Constitution states fundamental rights?

Part III of the Indian Constitution