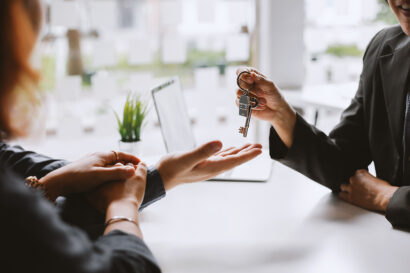 As you may be aware, land in India is a state topic. As a result, states have the right to establish laws and regulations governing property ownership and title transfer procedures.

States also inform particular land areas that remain state property despite being given to the general public on a leasehold basis. Section 22A of the Indian Registration Act, 1908 governs properties on the forbidden property list in India.

In Telangana, for example, barren government lands, waqf, and endowment are frequently listed on the restricted property list.

Following an increase in cases of private parties encroaching on government land due to large-scale urbanisation, states throughout India have begun to identify forbidden assets whose transactions are restricted since state governments control these properties.

The Act allows for the following types of transfers:

Analysis of Section 5 of Transfer of property, 1882:

Property and Rights which cannot get transferred under the Transfer of Property Act, 1882

The Amendment Act of 1885 added clause (I) to section 6. Particular interests are declared to be untransferable and inalienable under this clause.

For example, A farmer who owes revenue payments on an estate cannot assign his interest in the property.

As a result, clauses (a) to (I) of section 6 clearly state that some items cannot get transferred. If carried out, such a transfer would be illegal in India.

The Condition Restraining Alienation is void if a property is transferred according to a condition prohibiting the Transferee from selling his interest in the property, according to section 10 of the Transfer of Property Act.

For example, suppose A passes his property to B with the stipulation that B never sells it. The imposed condition is null and invalid, and B is free to sell or not sell as he pleases. The theory behind this section is that a right of transfer cannot get isolated from property ownership. The rule that a condition of absolute constraint is null and void is founded on the notion of a public policy that allows free circulation and disposal of property.

In summary, it can be determined that under the Transfer of Property Act, the benefits, gains, maintenance, etc., are not transferrable since they are personal benefits that the person is entitled to. If he transfers them to another person, the transfer reverts to the original owner.

The Transfer of Property Act allows for the transfer of what?

The Transfer of Property Act allows the transfer of any immovable property.

How many sections are there in the Transfer of Property Act?

The Transfer of Property Act gets divided into 137 parts.

How are properties transferred?

The Transfer of Property Act defines transfers as sales, exchanges, gifts, mortgages, leases, or actions to create a property claim.

Who is competent to contract?

The Indian Contract Act of 1872 defines contracting competence in Section 11.

Section 11 states that everyone has the legal capacity to contract: