Powers of the Supreme Court of India 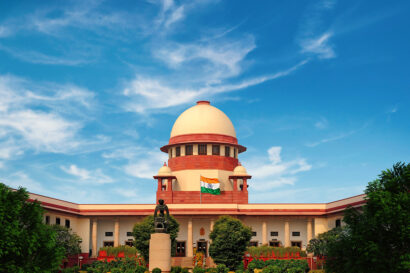 The Supreme Court was established on January 28, 1950, two days after India became the Sovereign Democratic Republic. The inauguration took at the Parliament building’s Chamber of Princes, which also houses India’s Parliament and incorporates the Council of States and the House of the People.

When it comes to the powers of the supreme court of India, it is the most powerful common law court in the legal system. The Indian Constitution established it in 1950 with eight judges. The size and structure of the Court have evolved drastically over time, and currently, there are 31 seats available.

It hears around 60,000 appeals and petitions yearly and issues about 1,000 judgements. Judges usually sit on two or three benches, except for larger benches (which are becoming increasingly rare). All courts’ decisions are binding on all lower courts in India.

Powers of the Supreme Court of India

Although the Supreme Court’s decisions are based on lower court judgments or decrees, including those of the High Courts, the Court has lately begun to hear cases concerning the general public’s interests.

Any individual or individual group can file a Writ Petition with the court and write to the Hon’ble Chief Justice of India highlighting the issue of ‘Public Interest Litigation’ resulted in several landmark decisions involving concerns of public importance. The concept is unique to the Supreme Court of India, and no other court in the world has likely exercised this exceptional power.

A Writ Petition submitted at the Filing Counter is treated and processed the same way as any other Writ Petition. A letter addressed to the Hon’ble Chief Justice of India is handled following established guidelines.

The court addresses the conflicts between the Union and the states, the Government of India and state governments, or two or more states by exercising its original jurisdiction. The Supreme Court has exclusive original jurisdiction over such matters, which means they can be brought before it directly and no other court. But the suits by a private party against governments cannot be entertained.

The Supreme Court is a court entrusted with appellate powers. When a person is unsatisfied with the decision of the subordinate court, he is entitled to appeal to the Supreme Court.

The power of the supreme court to entertain appeals is exercised only in particular instances:-

When an issue of justice gets implicated, the Supreme Court may interfere in the ruling of the High Court or tribunals through special leave. The Supreme Court has these residuary powers under Article 136 of the constitution of India.

In some cases, the President has the authority to refer a case to the Supreme Court to seek advice on some issues. The President may believe that the subject involves an important point of law for the public interest, in which case he should seek suggestions from the Supreme Court.

The functioning of the Supreme Court’s proceedings is videotaped and published as case laws. The decisions of the court are kept as a record for future reference. The decisions laid by the apex court is referred to as “ratio decidendi”, and the same is binding on every subordinate court in the country.

Whatever the rest of the judiciary does, the role of judges in the Supreme Court of India has clearly defined the Court structure in the Indian Constitution. The powers of the supreme court of India mainly govern its functioning and set standards of prescribed procedure to seek justice from the highest judicial body of the country.

Understanding how judges and litigants navigate the system also the environment in which the law and the Constitution are eventually understood and realised in India requires mapping this more significant architecture.

When was the Supreme Court established?

The Supreme Court of India was established on January 28, 1950, after two days of independence.

Who is the Chief Justice of India?

Nuthalapati Venkata Ramana is the 48th Cheif Justice of India.

Which Article of the Indian Constitution mentions the powers of the Supreme Court?

Article129 of the Indian Constitution prescribes all the powers of the apex court.

What are the essential Jurisdictions of the Supreme Court of India?

Original, Advisory, and Appellate are the Jurisdictions of the Supreme Court.

In which Article Establishment and Constitution of Supreme Court?