PASA Act and its Applicability in the Different States 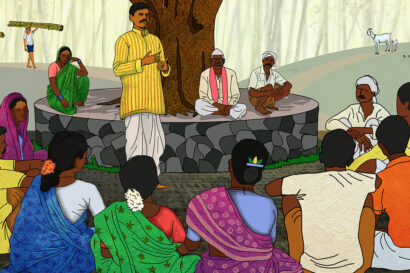 India is a democratic nation; hence, laws should be made in the public’s interest rather than against it. Thus, keeping in mind the safety and security of the public, PASA Act was enacted in 1985.

The PASA Act explicitly includes those who commit, attempt to commit, or assist in offences covered under different provisions of the Indian Penal Code (IPC) of 1860 and the Protection of Children against Sexual Offenses (POCSO) Act.

Goonda Act is the common name for the Prevention of Anti-Social Activities Regulation (PASA) Act. As per Section 3 of the PASA Act, the administrator may issue an order directing to detain a person if convinced that the person will act in a way that will be harmful to the maintenance of public order and intends to prevent him from doing so.

What is PASA Act?

The PASA Act was passed to lessen the crime rate in the state. As per the Act, if a person is convicted of gambling and re-committed the offence within three years of the original conviction, he/she can get detained. Under the PASA Act’s new rules, criminals who are ever detected gambling will be found guilty.

PASA Act covers the provisions for those involved in illegal money lending activities and everyone who supports them, as well as those who threaten, harass, or physically harm money borrowers to seize their property. The person covered by the regulation may be detained without getting made public for a year.

Important points under the PASA Act

Provisions of the PASA Act

Article 240 of the Constitution

The President has the authority to establish regulations for the peace, development, and effective governance of the Union Territory of Lakshadweep under Article 240 of the Constitution. It is how the Lakshadweep Development Authority Regulation (LDAR) 2021 will be implemented.

Any regulation required to adhere to the President’s extensive legislative authority under Article 240 has the power to repeal or amend any Act of Parliament currently in effect in the Union Territory.

To make society safer and deal with anti-social forces, the Gujarati government has recently passed laws with remarkable regularity. To broaden the application of the Gujarat Prevention of Anti-Social Activities Act (PASA), 1985, an ordinance was published. The Act’s definition of offences included sexual offences, money lending offences, cybercrimes, and gambling.

Those who engage in “physical violence (against) and intimidation of weaker sections” are also intended to get covered by the amendment. The statute is being used against people who commit crimes under the Indian Penal Code, the Arms Act, narcotics offences, prostitution, gambling, and cow slaughter.

Habitual offenders may get detained in preventative detention for up to a year on the district magistrate’s instructions under the PASA Act. After placing someone under arrest, the authorities must notify the board, which is led by a retired high court judge, within three weeks to determine whether or not the detention is legal.

The Pasa Act was introduced in Lakshadweep in January 2021. Under this act, If the offender’s actions adversely affect the preservation of public order, they could get punished for up to a year.

However, the harmony and calm of the public are disturbed when legislation like the PASA Act is introduced. Such legislation is destructive and violates both natural justice laws and democratic values.

There is a growing sentiment of hatred among the people. Since there is no justification for enforcing such controversial laws, people naturally go to the streets to protest.

In the hands of the authorities, the PASA Act is a dangerous weapon because it permits the preventative detention of offenders for up to a year for various offences. The State Government has the authority to issue orders under Section 3 to preventively detain anyone who might act in any way that is prejudicial to maintaining public order.

Lakshadweep is now dealing with several challenges, including one legislation (PASA) that was approved in January 2021 but has since drawn considerable controversy due to its clause regarding the custody of individuals without any sort of public disclosure. The act’s name is preventing antisocial activities, which means controlling antisocial activities in the state and lowering the crime rate.

What is PASA Act?

It is an Act that got enacted to prevent anti-social activity.

What does PASA Act provide?

Why was PASA Act passed in Lakshadweep?

This law was passed to lower the state's crime rate.

What is Article 240 of the Constitution?

What is GOONDA Act?

Goonda Act is the common name for the Prevention of Anti-Social Activities Regulation (PASA) Act.