Nullity of Marriage under Hindu Law 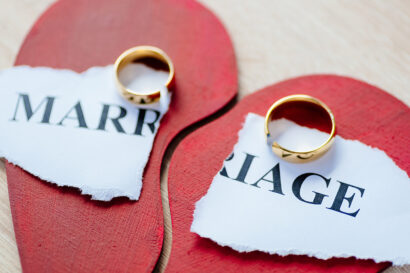 Marriage is the union of two people—husband and wife, accepted and acknowledged by society and religion. It is a religious rite that sometimes gets described as a contract between a man and a woman to live life together as husband and wife.

For some marriages, there is also the Special Marriage Act of 1954. Marriage is a contract under Islamic law.

A nullity of marriage is a legal statement made by a court that there was no marriage between two persons and that the marriage was invalid. It is a proclamation implying that marriage never occurred.

Though marriage is a sacred union for life, there are legal reasons for the dissolution of marriage, or nullification of the marriage, owing to certain complexity and projected growth in modern society.

This article will specifically talk about the Nullity of Marriage under Hindu Law.

Difference Between Nullity of Marriage, Divorce and Judicial Separation

The nullity of marriage, as previously stated, is a legal statement that no marriage existed. It establishes the legality of the union performed, which signifies that no open marriage was between the couple, whichever the parties or the circumstances are not legal.

When a marriage gets legally dissolved, it is called a divorce. It is a statement made on the petition of the marriage’s parties, which resulted in the dissolution of a legitimate marriage. A divorce does not doubt the legitimacy of marriage, but it will end the marriage. Divorce is more permanent than nullity or judicial separation.

Nullity of Marriage Under Hindu law in India

Ancient and current sources get used to creating Hindu laws. Shruti, Smriti, Digests and Commentaries, and Customs are some of the oldest sources. Modern sources include Justice, Equity, Good Conscience and Precedent, and Legislation.

Previously, marriage was irreversible, and religious and spiritual responsibilities were required. There was no idea of ending or nullifying a marriage under Hindu personal law before the parliamentary statute since it got viewed as sacred matrimony for the rest of one’s life.

Grounds for nullification of marriage

The Hindu Marriage Act 1955 stipulates that some critical conditions laid down by the Hindu Marriage act must get fulfilled before the solemnisation of any marriage. On failing to meet these conditions, the concerned or afflicted party can initiate the process of annulment.

Section 5 of the Hindu Marriage Act, 1955, specifies the grounds for nullification of marriage:- The following are the grounds:

Grounds for a voidable marriage

The following are the grounds for a voidable marriage:

Procedure for obtaining a decree of nullity marriage

The process for getting a decree of nullity of marriage is essentially the same in every personal law.

Consequences of nullity of marriage

Nullity of marriage is a statement that no marriage existed and that the parties are no longer husband and wife.

On making a judgment for nullity of marriage, the court also decides on the amount of maintenance to the opposing party, monthly, annually, or a lump sum. Children born from this marriage are considered genuine, and they are allowed to marry anyone they choose.

The declaration of nullity of marriage affirms no marriage status between two people. Marriages that are declared null and invalid have no legal standing, and they are illegal and not legally enforceable.

The Act states that:

In Laxmibai vs Limbabai, the Bombay High Court recognised the rights of children born from a void marriage as legitimate children. The court accepted that the child’s position in such marriages was legal, primarily for the welfare of the children. It also grants the kid rights to the property of the worried parents, removing the child’s impairment.

Different religions and traditions exist in India, each with its marriage laws. Marriage is a sacred religious ceremony in India required for the well functioning of society. It should be done without coercion and for the sake of family continuity in all religions. As a result, the grounds for nullity of marriage are the same in India. Marriage nullity frees a person from a marriage that has become a burden. The reasons for the nullity of marriage are likewise legal, as are religious considerations.

What is Maintenance Under of Nullity of Marriage?

When a court deems a marriage null and void based on a petition, it determines the amount of maintenance to be paid to the opposing party, either in a lump sum, annually, or monthly.

What are the various conditions needed to satisfy a petition under Section 12 to make the voidable marriage void?

What are the Various Grounds for Nullification of the Hindu Marriage?

Which act deals with the right of children under nullified marriages?

Section 16 of the Hindu Marriage Act of 1955 deals with the legal status of the offspring of a void and voidable marriage.