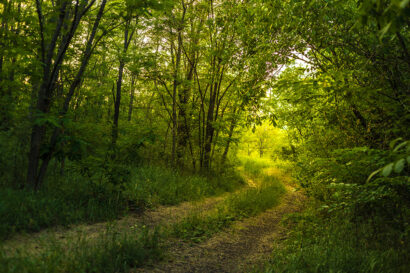 The parliament of India passed the National Green Tribunal Act in 2010, which established a special tribunal to resolve environmental disputes on time. It is based on Article 21 of India’s Constitution, which guarantees the right to a healthy environment to all Indian citizens.

The National Green Tribunal (NGT) was established on 18th October 2010 and started functioning on 4th July 2011. It is a specialist body with the knowledge and experience to address environmental disputes involving multiple disciplines.

India has become the 3rd nation globally, following Australia and New Zealand to establish a dedicated environmental tribunal and the 1st developing nation to establish the NGT.

The NGT has five sitting locations: New Delhi is the primary location, followed by Bhopal as the central zone bench, Pune as the western zone bench, Kolkata as the eastern bench, and Chennai as the southern zone. All the main and regional benches of NGT are currently active.

Structure of the National Green Tribunal

The National Green Tribunal consists of:

The members of the tribunal are elected for five years and are therefore ineligible for reappointment.

The Central Government appoints the chairperson in cooperation with the Chief Justice of India (CJI).

The national government will appoint a Selection Committee to choose the Judicial and Expert Members. The tribunal must have a minimum of 10 and a maximum of 20 full-time judicial and expert members.

The National Green Tribunal’s main objectives are as follows:

According to this Act, the central government has the authority to establish a tribunal.

Since its inception, the NGT has been obligated to consider complaints and resolve environmental disputes.

The NGT does not need to follow the procedure established in the CPC, 1908, or the rules of evidence included in the Indian Evidence Act, 1872, when dealing with complaints and resolving disputes. On the other hand, this Act empowers the tribunal to apply the principle of natural justice.

The following are the main functions of the National Green Tribunal Act:

Powers of the National Green Tribunal

The following are the powers given to NGT under National Green Tribunal Act:

To make an application for environmental compensation or an appeal against a government order or decision, the NGT follows a relatively easy procedure. The NGT’s official language is English.

A fee of Rs. 1000/- must be paid for each application/appeal that does not entail a demand for compensation. If compensation is sought, the cost will be 1% of the amount sought, with at least Rs. 1000/-.

A compensation claim can be submitted for the following:

No application for compensation, relief or restitution of property or the environment will be considered unless submitted within five years of the date upon which cause for compensation or relief originally arose.

The national green tribunal is confronted with the following challenges:

The National Green Tribunal is a unique fast-track court dedicated to resolving environmental civil matters swiftly. The tribunal’s main bench is in Delhi, and there are four circuit benches in the tribunal.

It is the only organisation of its sort that is required by law to apply the “polluter pays” principle and the notion of sustainable development. Because the Act reinforces the structure of global environmental governance, it is regarded as a crucial step in capacity building.

Even while policy enforcement has been inadequate, the court has been the backbone for producing a substantial body of environmental jurisprudence. More autonomy and a broader scope for the National Green Tribunal act are required for successful environmental protection compatible with human development.

What is the location of the National Green Tribunal's main proceedings?

Under which five-year plan was the National Green Tribunal established?

When was Mahanadi Water Dispute Tribunal set up?

On March 25, 2017, who hosted the World Conference on Environment?

What is the penalty for not complying with the orders of the tribunal?

Where are the powers and procedures of the tribunal prescribed?