Narcotic Drugs: Uses and Side Effects 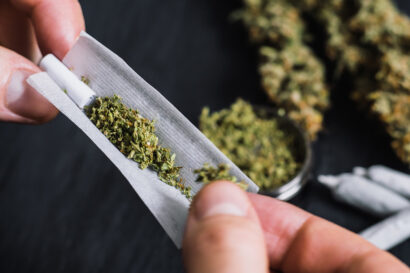 The Single Convention—UNODC, classified and placed narcotic drugs under international control. The Single Convention restricts production, manufacture, export, import, distribution, trade-in, use, and possession of drugs only for medical and scientific purposes.

The statistical data publication includes the availability and use of narcotic drugs in various countries and territories. The publication of estimates and statistics on narcotic drug production, manufacture, storage, and utilisation intends to provide producing and manufacturing countries with information on future trends to encourage them to adjust their plans to maintain a balance between supply and demand.

What are narcotic drugs?

Narcotics refer to various substances that dull the senses and relieve pain. Earlier, people referred to all drugs as narcotics; however, narcotics now refer to heroin, heroin derivatives, and semi-synthetic equivalents. These drugs are also known as opioids, which are more effective and cause less confusion about their meaning.

Narcotic drugs cause analgesia (pain treatment), narcosis (stunned or sleepy state), and addiction (physical dependence on the drug). It can also cause euphoria in certain people.

Opioid pain relievers are another term for drug, and they are primarily used to treat severe pains that other pain relievers cannot treat. When used with caution and under the close supervision of a health care provider, these medications can be beneficial in treating pain.

It is available in the form of injections, lollipops and syrups. Narcotics get categorised into groups based on whether they are derived naturally, synthetic, or semi-synthetic.

For example, Morphine is a naturally generated narcotic drug obtained from the poppy plant.

Safe use of Narcotic Drugs

Narcotic drugs are prescribed to treat the following conditions:

The International Narcotic Control Board plays a critical role in providing the raw materials for manufacturing all opiate-containing drugs. Simultaneously, the Board works with governments to ensure a long-term balance between supply and demand for those commodities.

The study of data submitted by the State Members reveals that the amount of narcotic material available for the manufacture of narcotic medications for pain relief is more than enough to meet current demand as stated by the Government and that worldwide stocks are expanding.

Mainly used for cancer-related pain or other medical conditions (surgery, delivery, etc.), but some pain relief medicines are not issued in certain regions. So, patients in such regions do not get the health benefits they are entitled to under the Universal Declaration of Human Rights.

However, in other countries, overprescribing narcotic drugs and their availability in quantities greater than those required for safe medical treatment may lead to diversion and abuse of those substances with negative consequences like overdose and addiction.

Side Effects of Narcotic Drugs

Overdose of Narcotic drugs is a life-threatening medical condition which causes symptoms like:

The use of narcotics is addicting. Whether prescription medicines or heroin, narcotics are the most addictive substances. The opioid pandemic has erupted in the United States as narcotic abuse.

Narcotics connect to opioid receptors, causing a surge of dopamine flood to the brain. Dopamine causes the brain to respond with a reward and reinforcement response, which leads to addiction. The usage of opioids can provide euphoria or pleasant feelings. When people become hooked on opioids, it can damage every part of their lives.

Tolerance to drugs develops quickly in the body, needing increasing dosages of the substance to achieve the intended effects. Tolerance to narcotics leads to addiction. When a person becomes physiologically reliant on opioids, they experience withdrawal symptoms if they stop taking them.

Opioid dependence on the problem of addiction makes quitting these drugs much more difficult. As a result of addictive characteristics, many doctors have begun reducing prescriptions and attempting to recommend alternatives for pain management.

The Narcotics Drugs and Psychotropic Substances Act, 1985, was enacted in India under the 3 United Nations drug conventions, also Article 47 of the Constitution. This Act outlaws the creation, production, trade, use, and distribution of narcotics and psychotropic substances, except for medical or research purposes.

As a result, the government’s goal has been to encourage their usage for medical and scientific purposes while limiting their diversion from legal sources and forbidding illicit transportation and abuse.

The NDPS Act distributes authorities and responsibilities. Section 9 of the Act specifies several activities that the central government can regulate through rules, whereas section 10 specifies several activities that the state government can regulate through rules. As a result, the central government’s NDPS rules and the state government’s NDPS rules were enacted under the same Act.

Most long-term heroin or other narcotic drug users follow a predictable progression from inhaling the drug to injecting it single dose, then a high dose. Each of these stages increases the likelihood of addiction. An overdose of narcotics can severely depress the central nervous system, resulting in respiratory failure and death.

Narcotics are some of the most potent pain relievers available but need to be used with extreme caution due to their addictive properties. They are frequently given to cancer patients who are in extreme pain.

Because terminal cancer patients frequently do not have a long life to live, providing an acceptable quality of life may be the most critical issue. Narcotics drugs alleviate pain and ease the suffering, worry, fear, and panic associated with severe pain.

In what form Narcotic Drugs are available?

Narcotic Drugs are available in Injections, Syrups, and Lollipops.

Is Opioid a Narcotic Drug?

An opioid is a type of pain medication referred to as a Narcotics.

What are the Indian Laws for Narcotic Drugs?

The Narcotic Drugs and Psychotropic Substances (NDPS) Act 1985 came into force under Article 3 of the United Nations drug conventions.

What is the use of Narcotic drugs medication?

Narcotic drugs are used for medical purposes to function by connecting with opioid receptors in cells to relieve pain.

What are the causes of addiction to Narcotic Drugs?

Overdose of narcotic drugs damages the central nervous system and respiratory system and leads to death.