An Overview of the Medical Termination of Pregnancy Act (MTP) 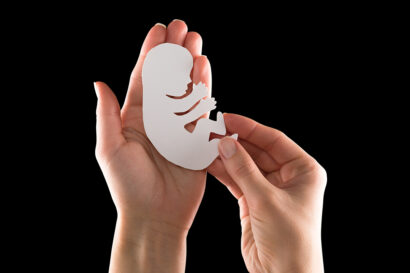 According to the study, 15.6 million abortions occurred in India in 2015, with 78% occurring outside health facilities. Even though the government legalised abortion 50 years ago, ten women die each year due to unsafe abortions, making unsafe abortions the country’s third-leading cause of maternal deaths.

Other barriers to safe abortion include the Protection of Children from Sexual Offenses Act of 2012 (POCSO Act) and the Pre-Conception & Pre-Natal Diagnostic Techniques Act, 1994 (PCPNDT), which make doctors hesitant to provide abortion services to women and young girls. Many PILs have recently been filed in courts seeking abortions.

Parliament passed the Medical Termination of Pregnancy Act (MTP) in 1972. Through its provisions, it safeguarded women’s right to life. According to experts on women’s health rights experts, changing circumstances have now constrained the act.

Women activists claim that the current Medical Termination Act contains several limitations, such as that abortion is not a woman’s right in India and can only be done at a medical practitioner’s discretion.

Only trained MBBS doctors can currently provide abortion services, and the law states that only trained doctors can only perform abortions up to the age of 20 weeks.

What is the Medical Termination of Pregnancy Act?

The Medical Termination of Pregnancy (MTP) Act 1971, considered progressive at the time, legalised abortion in India up to 20 weeks of pregnancy, under certain conditions and when performed by a registered medical practitioner in a registered medical facility. Under the MTP Act, the doctor may terminate a pregnancy if the continuation of the pregnancy would endanger the pregnant woman’s life or cause grave harm to her physical or mental health.

The Act’s main objectives are to increase maternal health among Indian women and lower the death rate among women who have unsafe or illegal abortions. Women had the right to safe abortions only after this Act, and then only in certain situations.

The MTP Act protects a registered allopathic medical practitioner from any legal or criminal proceedings for any injury caused to a woman seeking an abortion, provided doctors performed the abortion in good faith under the Act. The Act allows for the termination of an unwanted pregnancy up to 20 weeks but requires a second doctor’s approval if the pregnancy is over 12 weeks.

The grounds include severe risks to the woman’s physical or mental health in her current or foreseeable environment, such as:

The law permits any government-run hospital to do abortions.

On March 2, 2020, the Lok Sabha passed the Medical Termination of Pregnancy (Amendment) Bill, 2020. It was then introduced in the Rajya Sabha on March 18, 2020, and has yet to be passed by the Upper House. The Bill seeks to change certain aspects of current law concerning medical abortion.

The Bill also seeks to increase the legal abortion period from 20 to 24 weeks, making it easier and more convenient for a woman to terminate an unwanted pregnancy safely and securely legally. It also aims to improve pregnant women’s safety, gestation period, and confidentiality.

The proposed bill also aims to use advanced medical and healthcare tips and techniques that did not exist in 1971. Several Public Interest Litigations were filed for the termination of pregnancies after 20 weeks. So that victims of rapes and sexual assaults, as well as women with physical and mental disabilities, can have their pregnancies terminated medically.

Critical analysis of the bill

This bill would raise the gestation period required for abortion from 20 to 24 weeks. Women with foetal abnormalities detected after the 20th week can now medically terminate their pregnancy under these new provisions. With this increase in the upper gestational limit and advanced medical technologies, a woman can have safe and effective abortions.

However, this gestational limit for abortion applies only to rape survivors, incest victims, and women with severe physical and mental health issues. As a result, the Bill still lacks many provisions. Women who do not fall into one of the above-mentioned special categories will need special consent and will face legal complications if they want to have an abortion.

Abortion is a woman’s inalienable right, and no one can force abortion upon a woman. Under the MTP Act 1971, the reasons for having an abortion do not need to be proven; therefore, a woman must petition a doctor for an abortion.

There are two different views on the legalisation of abortion. According to one viewpoint, terminating a pregnancy is the pregnant woman’s choice and part of her reproductive rights. The opposing view holds that the state must protect life and, as such, should provide for the protection of the foetus. Depending on factors such as foetal viability (the point at which the foetus can survive outside the womb), foetal abnormalities, or risk to the pregnant woman, countries around the world have set varying conditions and time limits for allowing abortions.

When some countries intend to repeal medical abortion laws, India has decided to maintain and continuously develop medical abortion laws. Though the Medical Termination of Pregnancy (Amendment) Act of 2020 is a step in the right direction, the government must ensure that all clinical practice norms and standardised protocols for abortions are followed at all health care facilities across the country.

Furthermore, abortion must be decided based on human rights, sound scientific principles, and technological advancements. The Act will also help to provide opportunities for single women and more time for abortions if necessary.

Can a minor under the age of 18 have an abortion?

Yes, an underage girl can have an abortion if she meets the legal requirements. In this case, however, the consent of the girl's guardian is required.

Can an unmarried woman get an abortion?

An unmarried woman, like a married woman, can seek for health reasons and contraceptive failure, as well as if she does not want to carry the pregnancy caused by sexual assault.

Is the husband's consent required for an abortion?

No. It is not necessarily for anyone's consent if you are 18 or older.

Is it necessary to have a medical abortion under the supervision of an OB-GYN?

Is abortion prohibited after the 24-week?

According to the law, it is not. You may, however, go to court if necessary. However, such a request must be supported by substantial evidence.