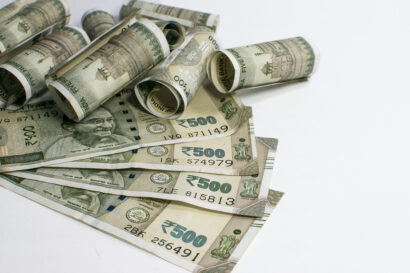 The majority of illegal acts are committed to making money. Money laundering involves processing unlawful money to disguise its illegal origin. This procedure is crucial because it allows the criminal to profit without jeopardising their source of income.

Illegal arms sales, smuggling, and organised crime activities, such as drug trafficking and prostitution rings, can generate large sums of money. Large profits can be made by insider trading, bribery, and computer fraud schemes, all of which create an incentive to "legitimise" the ill-earned money through money laundering stages.

The first step in money laundering is to convert criminal revenues into a legitimate source of income. It could be invested in financial items or deposited into bank accounts.

Anti-money laundering measures would focus on detecting illegal funding sources at this point. Criminals are vulnerable at the first step because they are transferring a huge sum of money into the financial system. Here are a few common strategies utilised during the placement stage:

The purpose of the layering stage is to separate the money from the illegal activity. In general, more layers of money flow through cash to criminal activities.

The objective of layering is to make it more difficult to track money as it moves through each layer. Changing the nature of the assets, such as cash, gold, casino chips, real estate, and so on, is an example of layering.

The money is sent worldwide by a commercial transaction in complex layering methods. The more countries the money enters and leaves, the more difficult it is to track down.

The integration stage is the final stage of money laundering. The money is legitimately returned to the criminals after being placed in the financial system, often breaking it into multiple smaller financial transactions.

Criminals can now legally retrieve their illegal money after fully integrating it into a legitimate source and then using it.

The majority of redemptions are usually accomplished by purchasing luxurious assets such as real estate, jewellery, and so on—items that require a large sum of money but do not attract as much attention. They may also apply strategies such as:

The social and political circumstances could be severe if money laundering is not controlled and continue to be perpetrated.

In India, the Hawala System is used to launder money, and it is the most widely used means of money transfer in India and is unregulated.

The money is digitally transferred to another individual who uses the Hawala system the same way as the sender. In India, this practice is frequently used to send illegal money overseas.

The Prevention of Money Laundering Act is a major law that detects and prevents money laundering stages and the process in India.

India’s central government passed the Prevention of Money Laundering Act of 2002 to prevent money laundering and the seizure of property earned through money laundering stages. The act was passed on January 17, 2003, and went into effect on July 1, 2005.

The commission of any of the crimes listed in Part A and Part C of the PMLA Schedule will be subject to the provisions of the law. The following are some of the acts and offences that may be subject to PMLA:

White-collar crimes, corporate and financial frauds, drug trafficking or smuggling, and even cross-border crimes (if they are related to India) are covered by the PMLA Act, 2002. The government keeps a close eye on financial institutions, banks, and other similar organisations.

Because of the global nature of money laundering, international law enforcement collaboration is required to successfully investigate and prosecute those who conduct these complex criminal schemes.

People secure their black money and convert it into white money through money laundering stages. So, money laundering must be combated primarily through criminal penalties and within international judicial and law enforcement cooperation boundaries.

Hundreds and millions of dollars are spent each year to combat, exterminate, eliminate, and stop drug traffickers, money launderers, and their connections.

But, it is critical to remember that simply enacting Anti-Money Laundering Laws is insufficient; the law enforcement community must keep up with the ever-changing dynamics of money launderers, who are continuously developing new tactics to stay out of the law.

What is Money Laundering?

Why Money Laundering is illegal?

What are the steps in the money laundering process?

What are the sources of Money laundering?

How to prevent Money Laundering?

Anti-money laundering (AML) laws are in place to keep criminals from benefitting from their crimes.