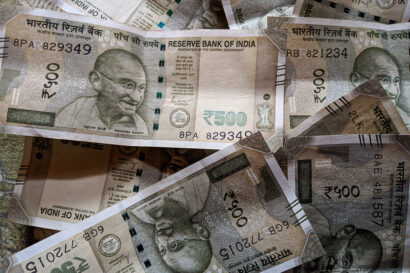 Criminals retrieve their illicit proceeds after entering them into a lawful financial channel to use them further for any purpose.

After going through multiple laundering routes, the funds are integrated into the legitimate financial system as ‘legal’ tender.

The money placed and layered is further integrated into the economy and can be turned into major investments.

The three stages of money laundering

So, this objective of laundering money is achieved through various processes mentioned below:-

To avoid the traceability of illicit money, various types of transactions can be done by:

These assets can be resold for payment by cheque or bank transfer.

Methods involved in the placement

A common way that the placement stage of money laundering is accomplished is through scaling.

Often criminal entities will take large amounts of money and divide them into less obvious and harder to track sums.

Another method to launder money through placement is offshoring. In this method, the illegally obtained profits from criminal activities are moved overseas, far away from the source of the ill-gotten gains.

Laundering the funds abroad moves the cash away from the source. So, it puts some distance between the criminals and the cash, at least on paper. However, the criminal entity still has control of the funds. Afterwards, the money moves through foreign investments, exchange houses and other businesses.

Funds can be deposited in a bank, added to the accounts of an existing business or disguised as a transaction (for example, for products that are never provided).

The depositing funds in the financial system make it difficult for authorities to detect money laundering.

The criminals do this by obfuscating the audit trail through a strategic stratification of financial transactions and fraudulent accounting.

Money laundering Integration stage is the third and last stage of money laundering, wherein the cash is now back to the criminals legitimately after positioning within the monetary device, frequently breaking it into an extraordinary couple of smaller monetary transactions.

In the money laundering integration stage, the illicit money is brought back into the economy, which can further get used for funding criminal activities.

It often takes the form of a business investment that buys or sells the assets during the layering phase.

Generally, the detection and identification of money-laundered funds are made by whistleblowers; to prevent this, its source of origin is made untraceable.

The known methods of money laundering integration stage are:

How to prevent money laundering?

There are several ways companies can prevent money laundering activities. they are:

Use data analysis to identify patterns

With more data available, regulators can use historical information to identify and recognise patterns and develop customer models for investigating suspicions.

Different anti-fraud policies in different regulatory bodies can cause problems in different jurisdictions that use the network of legacy computer systems.

Without standardisation, it becomes more challenging to communicate and process data with other parties can prevent fraud detection.

To prevent money laundering is to have the most trustworthy staff entrusted with such work. Training employees and stakeholders are essential for companies to take instant cognisance of any suspicious activity and initiate appropriate action if there is evidence of fraud.

In India, every year, 18 billion dollars is lost by the government through money laundering, and it is very much needed to take some effective steps regarding this concern and enhance the tracking mechanism of the transactions done by individuals, companies, or any other entity.

It’s getting harder to detect and trace illicit laundered money due to the changing technology and integration of economies among markets. Money laundering integration stage play a vital role in integrating financial marker, making it challenging to identify the source of fund and its objective.

The origin of the source of funds should be known by having a swift, reliable identification verification system to stop offenders in the beginning stages of money laundering. Once lost out of the track, the laundered money is difficult to trace.

What is the punishment for money laundering in India?

The punishment for money laundering is prescribed under section 4 of the prevention of money laundering Act, 2002, which is imprisonment for a minimum of three years, extending up to seven years, including a fine.

What is the maximum period for an offender's property to be attached?

Smurfing is a form of money laundering in which a major transaction is divided into a series of small transactions even below the threshold limit to avoid reporting.
These deposits are acquired through minimal transactions from various accounts within or outside the country to avoid regulatory inspection.

Who has the onus of proof in case of money laundering?

innocent. It is deemed that such a person was involved with the proceeds of the crime unless proven otherwise.