Things to know about land reforms in India 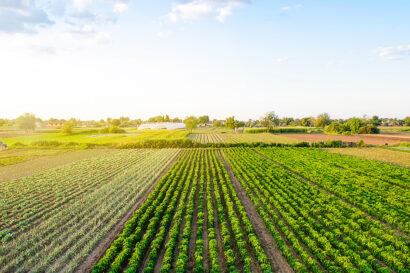 The land reforms in India were mainly brought in the post-independence period to renew the legal structure for agrarian lands in India. It was to end the major concentration of ownership of lands in the hands of a few landlords, zamindars, etc.

Objectives of land reforms in India

Background and History of Land Reforms in India

The agriculture sector has a contribution of 20% (approx.) to the GDP of our country. The land & land reforms of the country led to achieving this stage of agriculture.

The land ownership pattern in India in the colonial period was significantly distorted. There was a large concentration of the lands in the hands of a few zamindars, landlords and Britishers themselves. They used to acquire lands or seize them through force and exploited farmers in their very own land.

The land reforms in India were mainly brought in the post-independence period.

In the pre-independence period, few people like landlords, zamindars, etc., primarily had the land’s ownership.

The farmers working on these lands were known as tenant farmers as they did not have ownership of these lands.

These landlords, zamindars, etc. practised leasing or renting out the land

There was an expansion in the number of intermediaries who had no personal stake in the development.

The tenancy contracts were expropriative as they dispossessed the actual owners of their lands.

The abuse and exploitation of tenant farmers were prevalent.

Land records were in extremely bad shape giving rise to a mass of litigation.

The most prevalent agrarian practice was the fragmentation of lands into small parts for commercial farming.

All the issues mentioned above were challenges faced by the government after colonial independence.

The Land Reforms in the post-independence era brought many changes:-

Bihar, Tamil Nadu, UP, MP, etc., passed the zamindari abolition act. The surplus lands lying with the zamindars were confiscated.

Every state came with its tenancy legislation and land ceilings laws, like, the State of Bihar came with its Bihar Land Reforms (Fixation of Ceiling Area and Acquisition of Surplus Land) Act, 1961.

The law applicable to the state of Telangana is the Telangana tenancy and agricultural lands act 1950.

After facing a lot of conflicts, Madras Cultivating Tenants Protection Act, 1955 and the Fair Rent Act 1956 were enacted to comply with the evolution in the agricultural sector in the state of Madras.

Karnataka land reforms act 1961 also got introduced to comply with the direction of the J.C. Kumarappan committee in the state of Karnataka while,

Arguments in Favour of Land Reforms

India is an agrarian economy, and a major contribution of GDP comes from the agriculture sector. It was necessary to bring land reforms in India to regulate agricultural lands’ ownership, operation, lease, and inheritance. The central government came up with the Right to Fair Compensation and Transparency in Land Acquisition, Rehabilitation and Resettlement Act, 2013, for protecting the rights of the affected persons in aspects of compensation, resettlement and rehabilitation.

Even now, in India, around 75% of the lands are below 2 hectares, and a major concentration of the agricultural lands is with landlords or rich farmers. Even the land reform legislations proved to be ineffective concerning the conditions of tenant farmers in the country.

The government is putting its continuous initiatives towards the enhancement of land reforms. One such initiative is the introduction of the Digital India Land Records Modernisation Programme (DILRMP) for the digitisation of land records.

Swamitva Yojna is a scheme that came up with the initiative of mapping the residential lands in rural India with the help of drones.

It will create a non-disputable record that will ultimately help farmers with bank finance, tax depositing on such lands, ease in making development plans, keep a check on illegal land acquisitions.

Who started the Bhoodan movement and why?

Vinoba Bhave in 1951 brought the Bhoodan movement to urge the rich landlords to donate a part of their land to landless people willingly.

Which was the first committee set up to address the issues related to land reforms?

The first committee on agrarian reforms was set up in 1949 under the chairmanship of J.C. Kumarappan.

The Land acquisition, rehabilitation and resettlement authority was set up under which legislation?