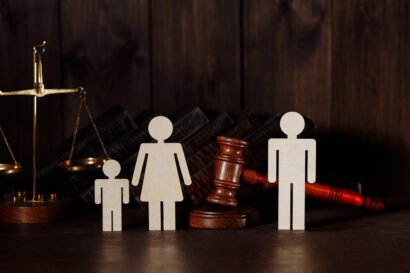 A marriage ceremony is one of India’s most essential and promising agreements between men and women. Personal laws govern marriage, divorce, inheritance, and succession in India. These personal rules have their origins in numerous faiths, and personal laws have a long history in India.

As a result, the religion we are born in decides our rights as Indian citizens. It provides the right to divorce from the spouse, and the numerous grounds for separation get based on the respective personal laws used to solemnise the marriage.

It is apparent that under this ancient marriage regimen, there was no permission from either party about practical and day-to-day difficulties that may arise throughout the marriage, which go well beyond religious conventions. As a result, the Hindu Marriage Act got enacted to guarantee married persons’ legal rights. It even provided possibilities for cancelling said marriage within particular parts with restrictions and boundaries that any party may consider.

Meaning of Judicial Separation in India

The Indian marriage laws provide a mechanism for Judicial Separation, and the court requires a time of separation before beginning the divorce process. Under a Judicial Separation decision, both spouses live apart for some time, giving them ample space, independence, and time to consider whether or not to continue their marriage. During this stage, the partners retain the legal status of husband and wife while also living separately.

Grounds for Judicial Separation in India

Difference between Judicial Separation and Divorce

Even though the procedures for dealing with defended and undefended judicial separation and divorce are identical, there are some variances. Investigate them as follows:

Judicial Separation is a process in which the Court gives a couple seeking divorce one more chance to resolve their issues by living separately before initiating divorce proceedings. It allows for reflection and the resolution of marital problems and misunderstandings between the pair.

What should a petition for Judicial Separation contain?

The marriage date and location.

According to their affidavit, the individual must be a Hindu.

Names, statuses, and addresses of both parties

Children's names, birth dates, and gender (if any)

Details of the litigation filed before the decree for judicial separation or divorce.

The evidence should show the basis for the judicial separation.

What is the process for legal separation in India?

Where are the grounds for judicial separation prescribed?

Who is entitled to file a petition for judicial separation in the court of law?

Any spouse in a marital relationship can file a petition for judicial separation under section 10 of the Hindu marriage act 1955.