Indian University Act 1904-Taking Indian Education to the Next Level 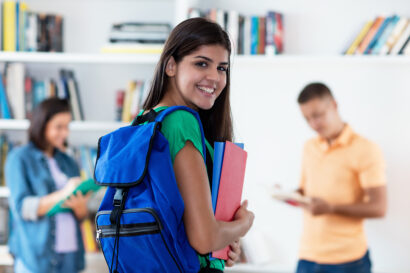 In 1904, Lord Curzon enacted the Indian Universities Act, which placed strict controls on Indian universities. To control education and the media in India, the British government adopted stringent legislation.

In an attempt to modernise and enhance the Indian educational system, Lord Curzon introduced the Indian Universities Act 1904.

The first clause of the act was reorganising university governing bodies and lowering the Senates’ size.

The Indian Universities Act placed all universities and colleges under the administration of the government. However, a contribution of Rs. 5 lakh each year for five years was accepted for improved education and research. It started university scholarships in India, eventually becoming a permanent element of the Indian educational system.

History of the Indian University Act 1904

The Hunter Commission’s proposals for a proper education system in India were not implemented properly. In India, the educational process did not comply with the Commission’s recommendations. As a result, when Lord Curzon was appointed as the Governor-General of India, he tried to implement reforms in all administration areas, including education.

In September 1901, Lord Curzon convened a round table conference in Simla, which included the most significant educational officials of the Indian government and representatives from universities.

The Viceroy gave the opening speech, in which he examined the entire subject of the education system in India. Later events would demonstrate the dishonesty of this claim.

The Conference passed 150 resolutions that addressed practically every aspect of education. On January 27, 1902, a Commission was appointed under the leadership of Sir Thomas Raleigh to investigate the state and prospects of Indian universities and provide recommendations for improving their structure and functioning.

The Commission was barred from reporting on both elementary and secondary education. The Indian University Act got enacted in 1904 as an outcome of the Commission’s report and recommendations.

The Act’s primary goal was to enhance India’s educational status and elevate the systems to a higher level. The following were the primary modifications proposed:

Observations of the Saddler University Commission

The Sadler University Commission was from 1917 to 1919. The committee made the following observations:

In 1919, education became a transfer issue, giving provincial governments more freedom to expand literacy, but they were constrained by the little funds available to them.

Lord Curzon held the Round Table Conference in 1901 and made significant changes in the education system based on its recommendations. The Indian Universities Act, passed in 1904, gave universities the authority to educate, inspect colleges, and take other actions to promote higher education quality.

Under Colonial Oppression, mass learning was disregarded, and the endeavour was made to develop an urban intellectual class who would act as a translator between the king and the governed.

The examination system was stressed in high schools and universities, and English schooling had an uneven influence. In towns, knowledge and learning were more common than in villages. The Indian University Act 1904 had a significant impact on all of this. The good feature was that it generated trained political officials and pioneers who were instrumental in the country’s freedom movement.

In which year the Indian University Act was introduced?

Who enacted the Indian University Act 1904?

Who led the Indian Universities Commission in 1901?

What was the major goal of the Indian University Act 1904?

The major goal was to enhance India's educational status and elevate the educational systems to a higher level.

What should be the minimum number of seats in the senate?

50 seats should be minimum.

Who started the system of government grants to universities?