Essentials of the Indian Evidence Act 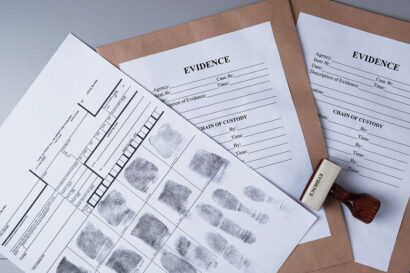 The Imperial Legislative Council of India passed the Indian Evidence Act in 1872, during the British Raj. It contains a set of regulations and related concerns regarding the admissibility of evidence in Indian courts of law.

Meaning and Definition of ‘Evidence’

The Indian Evidence Act 1872 defines Evidence under Section 3 as:

Evidence gets considered something that proves or disproves the presence of a specific fact.

Evidence is any fact that convinces the mind of the presence or absence of another fact. Oral evidence implies witness testimony, while documented evidence pertains to the documents and electronic recordings presented to the Court. Circumstantial evidence can also get used to prove an accused’s guilt.

Section 3 of the Indian Evidence Act establishes some key concepts that are essential to understand to comprehend the Act’s requirements properly. Let’s have a glance at some of the most crucial definitions.

The term court includes the following

A Magistrate who commits a matter to the Sessions Court falls within the scope of the definition of Court mentioned above. However, a Magistrate conducting a preliminary investigation under section 164 of the CrPC is not.

Under the Evidence Act, the term “fact” relates to the following:

Per section 3 of the Evidence Act, when one fact gets connected to another in any way mentioned in the Act’s relevant facts provisions, it is relevant.

Sections 5 – 55 of the Evidence Act contains the provisions that show how one fact is related or relevant to another fact. A fact can be either logically or legally significant.

The definition of “facts in issue” must be decided by substantive law or the area of procedural law that deals with pleadings.

“Presumption” under the Indian Evidence Act

The term “presumption” relates to a definite or indefinite illation based on logical inference from something substantive and relevant to a disputed fact or proposition. The law of presumption defines three phrases in Section 4 of the Indian Evidence Act of 1872, which are:

As per Section 4 of the Indian Evidence Act, if it is stated that the Court may presume a fact, it may:

As a result, whenever the words “may presume” appear, the court has the option of making a rebuttable presumption or requiring confirming evidence. It is essential to highlight that the presumption made here is neither conclusive nor can rebut.

Like “may presume,” the court must treat a fact as demonstrated unless it gets disproved whenever the words “shall presume” are used. As a result, the court must make a rebuttable presumption about the presence or absence of a fact. The proof must be clear and persuasive to disprove a truth that has been supposed or to overcome a statutory presumption.

It must be such that it can be proven through the judicial application of thought that the fact is not the one assumed.

As per section 4 of the Indian Evidence Act, when the Act acknowledges one fact to be conclusive proof of another, the Court should accept the other fact as shown upon proof of the first fact and should not allow evidence to be given to disprove it further.

What is the difference between relevancy and admissibility?

The differences between relevancy and admissibility are as follows:

What is the Doctrine of Res Gestae?

‘Res Gestae’ is a Latin phrase that means “things done.” The idea behind res gestae is that certain acts or utterances, which would normally be immaterial and inadmissible in the courts of law, can be entered as evidence because of the circumstances they were conducted or expressed.

The doctrine of res gestae commonly gets invoked to allow a seemingly unacceptable piece of evidence to put an event in context. As a result, one of the most significant prerequisites for the doctrine’s applicability is that the conduct or speech in question cannot exist in perfect ‘factual isolation.’ Even if they are hearsay, statements that form part of res gestae are frequently admissible as evidence in law courts. As a result, the exception to the common rule of hearsay evidence is res gestae.

The res gestae rule frequently gets invoked as the last option. The purpose of including the rule in the Indian Evidence Act was to ensure that no criminal is free to flee due to a lack of evidence against him. The doctrine of res gestae got criticised for both its terminology and its obscurity. However, when seen from a different perspective, the ambiguity and complexity allow the courts to decide each matter on its grounds.

Motive, Preparation and Conduct under the Indian Evidence Act

As per Section 8 of the Indian Evidence Act, the motive with which an individual executes a given action, or the preparation that he takes towards the conduct of the action, fact is a relevant. When relying solely on circumstantial evidence, the issue of motive and preparation is crucial. The doctrine of res gestae evidence could be admissible if the evidence gets to the subject’s core and is directly related to the offence.

Motive is the psychological motivation that drives an individual to perform a specific action. No action may occur in the absence of motivation. Rational and reasonable people’s voluntary acts are always led by a motive. The person’s actions are seen as evidence of the motive. It’s important to remember that motive isn’t an incriminating situation in and of itself, and it can’t get used as a replacement of evidence. Motive plays an essential role in cases based primarily on circumstantial evidence since the motive gets viewed as a circumstance in such matters.

The act of preparing for the resources and procedures required for the conduct of the crime get referred to as preparation.

In a case where A gets charged with poisoning B, the information that A had obtained poison before committing the crime is important. Whether lawful or unlawful, no conclusion of guilt can be drawn when it is shown that the preparation was harmless or was for another act.

The action of a person and the circumstances surrounding it gets used to show a fact. Statements that either justify or follow the behaviour also get deemed an element of the conduct itself.

What is the Admission in Evidence Act?

Admissions are declarations that connect an obligation to the party who made the declaration, as deduced from the facts in issue or pertinent facts; the statement, denying any rights, should be decisive and explicit, with no doubt or confusion. They are simply prima facie proof, not proof beyond a reasonable doubt.

Formal and informal admissions are both possible. The former, referred to as a judicial admission, occurs throughout the proceedings, whilst the latter occurs in the ordinary course of life. Judicial admissions are substantive and permissible under Section 58 of the act. They are a surrender of proof, which means that no additional proof is required unless the court requests it. A person’s actions can also get viewed as admission.

What is Confession in the Indian Evidence Act?

The Indian Evidence Act does not define the term “confession”; however, it does appear under the category “admission.” As a result, the term ‘admission’ in Section 17 applies to Confessions. According to the act, a significant statement made in a civil action is an admission, and an admittance made in a criminal matter is a confession.

Confession should either acknowledge your guilt in words or admit most facts. No confession is a jumbled-up, including confessional statements that lead to acquittal. The court cannot take out the exculpatory element of a statement and make a judgement based on the inculpatory section of the statement alone. A judicial or extra-judicial confession, like an admission, can be made.

As per the Indian Evidence Act, when it comes to documentary evidence, the original must get supplied because a copy of the document may have omissions or flaws that are either intentional or unintentional.

The act defines documentary evidence as all documents presented for the court’s inspection. The objective of presenting documents is to rely on the accuracy of their statements. It entails analysing three questions on presenting a document in court::

The Evidence Act of 1872, Chapter V, Section 61-90, has specific requirements surrounding documentary evidence. These regulations establish precise guidelines and procedures for the admission of documentary evidence in a court of law, and it further stipulates that such records have evidentiary significance.

The Burden of Proof in the Indian Evidence Act

The court does not require evidence of self-evident facts and assumes that things will continue until showing the evidence to the contrary. Chapter VII of Part III of the Indian Evidence Act discusses the burden of proof and presumptions.

The burden of proof gets stated under Section 101 of the Indian Evidence Act, which provides that when a person is required to show the existence of a fact, he bears the burden of providing evidence for that fact. The word “burden of proof” is not defined in the Act, but it is a core principle of criminal law that the accused assumes innocence unless proven guilty.

The Indian Evidence Act is comprehensive in scope, with several ramifications and interpretations. Statutory requirements primarily determine the aforementioned Act’s application, but it varies considerably based on the circumstances, nature of the case, and fundamental concepts of natural justice. However, the purpose Act is carried out; namely, the Court must ascertain the truth from the facts presented to it by the parties to fulfil the objectives of justice as quickly as feasible. As a result, the Law of Evidence does not impose constraints or restrictions on the parties but instead serves as a guideline for the Courts while taking evidence.

Who drafted the Indian Evidence Act?

Whether Relevancy and Admissibility are synonymous and co-extensive under the Indian Evidence Act?

No, relevancy and admissibility are neither synonymous nor co-extensive.

Is Law of Evidence LexFori?

Law of evidence is LexFori.

What does fact mean under the evidence act?

What is relevancy under the law of evidence?

Relevancy is the question of law raised at any time.