HUF and its Benefits 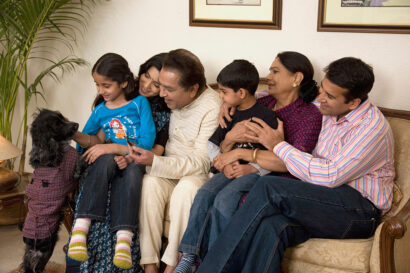 The members of a Hindu family can come together and save an ample amount of tax by creating an undivided family. Some rules and regulations are required to be followed by HUF. Many Hindu families are not divided yet; thus, their income is considered joint income. Therefore HUF imposes a tax jointly; however, no tax is imposed on any specific individual.

Hindu Undivided Family consists of all the members who are directly from the common ancestors and the daughters and the wives of the male descendants. The HUF has its Permanent Account Number (PAN) and can file tax returns independent of its members.

HUFs are generally headed by a Karta, the family’s eldest member. The other family members are known as coparceners. The Karta manages the day-to-day affairs of the family. Once the daughter gets married, she becomes a member of her husband’s HUF and continues to be a coparcener of her father’s HUF.

HUF is recognised all over India except Kerala.

One of the most important reasons to form a Hindu Undivided Family is to get tax benefits.

Requirements to form a Hindu Undivided Family are:

Ancestral Property is the property that a man inherits from his last three male ancestors—his father, grandfather and great grandfather. Thus, the inherited property from any other relationship is not ancestral. The following families hold income from the ancestral property that is taxable as income of HUF:

Following are the advantages of the Hindu Undivided Family:

Following are the disadvantage of the Hindu Undivided Family:

The income of HUF is assessed by satisfying the following two conditions:

The HUF’s income can be assessed only by the HUF and cannot be assessed by any of its members unless specifically provided. The income tax liability in the case of the HUF depends upon the residential status.

The HUF can gift the property of the HUF neither to its coparcener nor to anyone else. A gift made by the HUF is considered void-ab-initio.

How is HUF taxed?

How to save tax through HUF?

HUF is recognised as a single entity under Income Tax Act. The primary reason to build a HUF is to get an additional PAN Card that would be legally acceptable to the avail tax benefit. It also has a permanent account number.

The HUF is entitled to use the PAN Card to file the ITR. If the annual family income exceeds the prescribed limit, the family will get taxed at 10%, 20% and 30% of the income.

The HUF is entitled to file separate tax returns under the said PAN. The advantage of a HUF is that the contribution to the capital assets of the HUF is counted separately from the income of the individuals. Thus, the tax burden of the individual is minimised.

Though only coparceners can claim for partition, the following persons are also entitled to their share in the property:

Once the joint family income is assessed as the income of the HUF, it continues to be assessed similarly until one or more coparcener claims the partition. However, it is essential to claim for partition before the relevant assessment year.

The assessing officer, on the claim receipt, enquires only after giving due notice to the members and records a finding whether there has been a partition and, if so, what’s the partition date.

Once the recipient member forms another HUF along with his wife and son(s), the property’s income that was subject to partition gets taxable to tax in the hands of the new HUF.

Who can ask for partition of HUF Assets

The coparceners have the right to seek a partition or file a partition suit. However, the members are not entitled to seek partition simply but can get a share of HUF property if the partition occurs.

All the members of the HUF are considered coparceners. The Karta has no right to take away the right of the coparcener, and the assets are equally divided between the Karta and co-parceners. If any coparcener requests the division of HUF assets, the Karta must grant the coparcener’s share.

The partial division will emerge from such conditions. However, only the adult co-parcener is entitled to the right to request the division and to start a lawsuit to divide HUFs assets.

A minor is not entitled to make such claims. However, the claim can get filed on their behalf if the property is illegally alienated, damaging the child’s interests.

The case interprets the amended Section 6 of the Hindu Succession Act, 1956. There were two different views of judges in the case. Thus, a reference was made to a larger bench to interpret the said provision.

An issue in the case

The provisions of Section 6 of the Hindu Succession Act. 1956, confers the coparcener’s status on the daughter born before or after the amendment. This right is similar to the rights and liabilities of the son.

The rights that a daughter can claim who is born earlier with effect from 09.09.2005 and the saving clause provided under Section 6(1).

So, the amendment in section 6 is completely valid, having a retrospective effect.

The coparcenary’s right is created by birth, and the father coparcener doesn’t need to be alive as on 09.09.2005.

The HUF or Hindu Undivided Family is created when the Hindu family members come together. It is not a contractual formation but a general formation that comes into existence when the members of the family desire so and work together.

However, every aspect of HUF comes with its advantages and disadvantages. The major drawback of the HUF is that it is difficult to dissolve, and the occurrence of partition is the most challenging stage in the life of the Hindu Undivided Family.

What is a Hindu Undivided Family?

A Hindu undivided family is an entity in which the Hindu family members come together to form a single entity.

What are the benefits of HUF?

The two-fold benefit of HUF is its easy creation and the tax benefits. One becomes a member of the HUF by birth, and there is no limit to the minimum or a maximum number of members.

Who is Karta of a HUF?

The head of the HUF is called the Karta and is generally the senior-most male member of the family.

What is Ancestral Property?

Ancestral Property gets defined as the property that a man inherits from his male ancestors.

What is Partition of HUF?

Partition means the division of the property. In the case of HUFs, the coparceners can only claim for partition.