How many citizenships can you have? 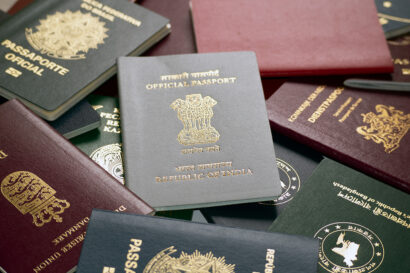 Citizenship is between an individual and a state to which the person owes loyalty and is also entitled to protection. The majority of individuals are legal citizens of one or more nations which grants them specific privileges and rights. Citizens fulfil commitments to their government in exchange protection of their critical interests.

The term ‘Aliens’ means citizens of one country who live in another. Political treaties and other laws of a particular country in which they reside dictate their rights and responsibilities.

Types of citizenship In India

Multiple citizenships in India and other countries

Most governments attempted to prevent dual citizenship by requiring newcomers to relinquish their citizenship in their country and by stripping citizenship from emigrants who became naturalised citizens of other countries. Such policies, however, were not always followed.

The increased mobility, the ability of children to gain citizenship not just of their father but also of their mother, the emergence of new norms and human rights standards, and changing legislation have aided the growth of dual citizenship.

Citizenship in a globalised world

The concept of citizenship as membership and identification in a single nation-state has evolved due to globalisation. The growing number of countries that grant dual citizenship and non-citizen rights has made obtaining citizenship less a priority.

The rise of nativism, on the other hand, revived debates about national identity and loyalty to a single state, owing in part to globalisation and fears of terrorism-related immigration. The implications of these changes for states and immigrants are the focus of current and future research.

Global citizenship comprises a set of common values and a sense of shared duty. Global people recognise that global and remote events considerably impact local events and vice versa. They advocate human rights before any national legislation or identity and maintain equality among all people.

The values of global citizenship include diversity, interconnectedness, empathy, and perspective. Global citizens embody these ideals and are uniquely positioned to contribute in various settings locally, nationally, and worldwide without causing harm to one society to benefit another. They encourage international understanding and foster it.

Individuals, corporations, global nomads, young and old, big and little, for-profit and nonprofit, public and private, introverts and extroverts, men and women, children and anybody in between are considered global citizens.

Renunciation and termination of Indian citizenship

Renunciation and termination of Indian Citizenship can be done under the following circumstances:

This clause does not apply to an Indian citizen who gets the citizenship of another country in which India may be freely engaged during the conflict.

Although some migrants living in other countries will identify more with one society due to globalisation, the majority appear to maintain several identities that link them to more than one nation at the same time, resulting in a hybrid cultural phenomenon.

How many citizenships can we have in India?

What is Dual citizenship?

Dual citizenship refers to a person's ability to hold multiple nationalities of two countries, which provides the individual with country-specific privileges and rights.

Is Dual Citizenship allowed in India?

There is no provision in the Indian constitution for acquiring dual or multiple citizenships.

Indian citizens might withdraw their citizenship if a person adopts citizenship of another country knowingly or voluntarily.