How Long Does a Patent Usually Last for in India 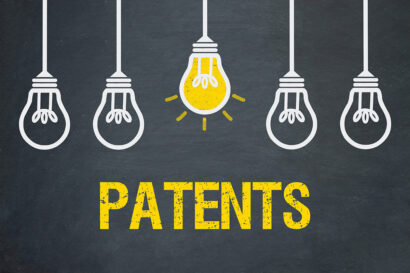 A patent is a right given to an inventor by the Government. The right excludes others from using, making and selling an invention for a specific time. The word ‘patent’ gets derived from the Latin word ‘patere’, meaning ‘to lay open’ or to make available for inspection. The patent is the inventor’s right to invent a useful, innovative and non-obvious product.

The patent is a universal concept, and every country has there own law that deals with patents.

Generally, the patent is applicable for only the country applied for. Patent Corporation Treaty provides a manner to apply for International patents, and this treaty helps file a patent for a different country by a single application.

An application filed through the Patent Corporation Treaty remains discretionary to the individual patent office to grant a patent. The patent being necessary for preventing inventions from being copied, it becomes compulsory to know how long a patent usually last?

Let’s get to know about the patent duration in India.

India confirms the TRIPS agreement to establish laws for protection for inventors. Section 53 of the Patent Act provides the duration of the patent, and the duration is 20 years. The 20 years get calculated from filing a patent application with the Indian Patent Office.

According to Indian Patent Law, certain criteria need to get fulfilled to obtain a patent in India. The criteria are as follows:

On granting a patent to an invention, it becomes necessary to renew it regularly. It gets done by paying the patent renewal fees during the lifetime of a patent that is 20 years, and the payment is made at the Indian Patent Office before expiration.

As per Indian Patent Act, for renewal of a patent, there is the provision of providing six months after the expiration of the time granted for renewal of patent. According to this, the patent gets renewed by paying a penalty fee as required.

A patent gets granted for twenty years from the filing date, and the patent lapses on failure to pay the renewal fee within the prescribed time.

The renewal fee must get paid before the expiration date of the second year from the patent due date. After paying the subsequent patent renewal fee before the start of the succeeding year, the said period extends by six months by requesting an extension of time.

The Patent Act provides provisions for restoring the lapsed patent. However, due to the failure in payment of the renewal fee, the patent lapses. The patentee has the right to present the application of restoration for the lapsed patent restoration in the prescribed form.

Where the patent is held by two or more person then upon the leave of the controller, anyone without joining the other may apply for restoration of the lapsed patent. The restoration application gets filed within eighteen months from the date the patent has ceased. Anyone can pay the renewal fee, but the legal representative compulsorily makes the application to restore the lapsed patent.

When a request for the restoration of the patent gets approved within the permitted time, the controller, after allotting the hearing date to the applicant, gets satisfied with the reason for failure to pay the renewal fee is unintentional. The controller then publishes the application.

Besides being a unique invention, a patent needs some utilities or industrial use. It covers the creation of a new or improved product, process or useful machine. Such Patent is for invention and prohibits other individuals or companies from making, using or selling the invention without authorisation.

So, how long does a patent usually last? The maximum duration for which a utility patent last is 20 years. However, this requires the payment of maintenance fees. The maintenance fee gets paid in three parts.

A patent can expire before twenty years if the maintenance fee remains unpaid.

Generally, the standard duration for the patent is twenty years, and the duration may vary as per the situation.

Some situations in which the grant gets terminated are as follows:

The patent may also expire before the expiry of 20 years when the patent owner does not pay the maintenance fees.

Rights after the Patent expires.

Patents provide value to individuals and companies, and the patent holder comes with numerous rights to protect and promote their invention. How long a patent usually last is one such important question when it comes to patent. Generally, the patent period is 20 years in India, and the period is specifically 20 years. It requires the patent holder to pay the maintenance or renewal fee as required by the country’s laws.

The patent protection in India lasts for 20 years.

The patent protection in India lasts for 20 years.

Is it required to pay a maintenance fee for the Patent renewal?

The patent needs to be renewed every year by paying a renewal or maintenance fee.

Is there any right after the expiration of the patent term?

After the expiry of the patent protection, the only right available to the patent holder is the right to continue bringing an infringement action.