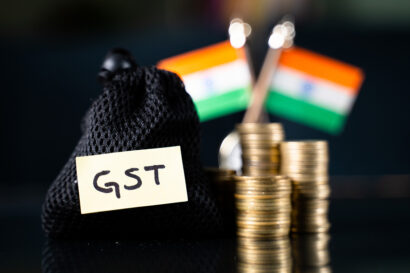 GST is known as a very significant step in bringing reform in the Indirect tax system in India. GST gets termed as Goods and Services Tax. It abolished various indirect taxes throughout the country and introduced the system of one nation one tax.

GST amalgamated all the indirect taxes levied by the central and state government into one single indirect tax applicable throughout the country.

What is GST in India?

GST regime gets categorised in three forms of tax:

The Goods and Services Tax Act came into force on 1st July 2017 in India. This process of introducing the tax regime commenced in the year 2000 by then prime minister Atal Bihari Vajpayee’s government.

The government set up a committee to draft the legislation on GST. A task force got set up in the year 2004 for enhancing the tax regime.

In the year 2006, Central Government proposed the GST implementation from 1st April 2010, and in 2011 the Constitution Amendment Bill was passed to enable the introduction of the GST law.

The Standing Committee of the parliament initiated a discussion on GST in 2012 and submitted its report on GST in 2013.

The GST bill got introduced in 2014 in Parliament, and the bill was passed in Lok Sabha in 2015 but not passed in Rajya Sabha.

GST implementation came into effect after the parliament passed the amended GST law in 2016.

The four supplementary bills on GST were passed by both the houses of parliament and received presidential assent in 2017.

Before GST, the taxation regime mainly consisted of indirect taxes levied by central and state governments. Every state had there own set of rules and regulations for tax rates calculation. The collection of taxes by the states were mainly in the form of Value Added Tax (VAT).

The centre levied the tax on the inter-state sale of goods, and this tax was called CST (Central State Tax).

There were some indirect taxes that both the central and state governments levied, and the overlapping of taxes between both governments was noticeable.

For example, the centre charged the excise duty when goods were manufactured and sold. Over and above the excise duty, states also charged VAT. It led to a tax on tax effect, also referred to as the cascading effect of taxes.

However, the introduction of the GST regime led to abolishing all the taxes mentioned above.

Even now, certain goods are not under the purview of GST:-

What is GST return?

A GST return contains all sales, purchase, income, or expense details that a taxpayer must file with the tax administrative authorities. Tax authorities use it to calculate net tax liability.

Under GST, a registered dealer has to file GST returns that broadly include:

The objectives of GST are as follows:-

‘One Nation, One Tax’

The introduction of the GST regime eliminated various indirect taxes existing under the previous tax regime.

The introduction of GST unified all the significant indirect taxes into one and reduced the taxpayer’s compliance burden.

Eliminate the cascading effect of taxes

The GST implementation improvised the tax administration in the country. The primary objective of the Goods and Services Tax was to eliminate the negative effect of Indirect taxes.

Before GST implementation, the various indirect taxes posed an issue for taxpayers to claim input tax credits. Taxpayers were not allowed to make claims of the tax credits of one tax against the other.

For example:- A taxpayer cannot claim the tax credits paid on central excise duties against the VAT payable during the sale.

The tax is levied on the net value of the goods increasing at each stage of the supply chain. So, it ensures the flow of goods and services in the supply chain without the hassle and a huge tax burden.

GST was brought to curb the tax evasion on the supply of goods and services. Tax compliance in India has become more stringent with the enactment of the GST legislation.

The practice of raising fake bills to evade tax was prevalent, so to keep a check on it, the taxpayer is allowed to claim input tax credits only on the invoices uploaded by their concerned suppliers.

GST, a centralised indirect tax, is under the surveillance of central agencies, ensuring effective implementation of GST.

The E-invoicing system has played an efficient role in curbing tax evasion and mitigated tax fraud to a large extent.

Increase the taxpayer base

GST is a consolidated tax levied on both goods and services without a threshold limit for the registration of different taxpayers.

Many unorganised sector businesses and MSMEs brought themselves under the GST regime by registering themselves. This increase in the taxpayer base will ultimately lead to increased government funds.

Earlier, taxpayers used to go through a hectic filing process before the tax authorities. Most of the tax assessment and offline refund processes had the chance of clerical mistakes. GST brought the system online and reduced the number of documents for filing.

It contributed to the ease of doing business in India and simplified taxpayer compliance to a massive extent.

The GST regime made the logistics and distribution system more feasible by mitigating the need for multiple documentation previously needed in the supply of goods.

GST implementation enhanced the supply chain of goods and services by reducing the time consumption in such supply.

The e-way bill and e-invoice system benefited the transit of inter-state goods and services and reduced warehouse and transit costs.

Before GST implementation, the prices of goods and services in the Indian market were comparatively higher than their counterparts in the global market. It was because of various indirect taxes on goods and services. The variance in value-added tax (i.e. VAT) led to purchase imbalance between these states.

The enactment of GST aimed to mitigate these cascading effects of the indirect tax regime. It reduced the prices of goods by levying a single tax which ultimately increased its consumption.

The increase in consumption enhanced the revenues. Such unified indirect tax led to competitive pricing across the country and on the global front.

The increase in revenue will lead to other objectives and the country’s development.

How does it work?

GST is a multi-stage comprehensive tax levied on the sale and purchase of inter-state or intra-state goods and services. The tax administration became more stringent with the GST implementation throughout the country. The regulation in the GST regime led to the concept of “ease of doing business”.

Which act got implemented to provide compensation to states for five years on account of the implementation of the GST Act?

Which act got enacted to levy the taxes in the Union territories on the supply of goods and services?

The Goods and Services Tax Network is an organisation responsible for managing the IT system of the GST portal.

What happens to taxes collected under IGST?

Revenues collected under IGST for inter-state supplies get divided among the central and state governments as per the rates agreed by them.