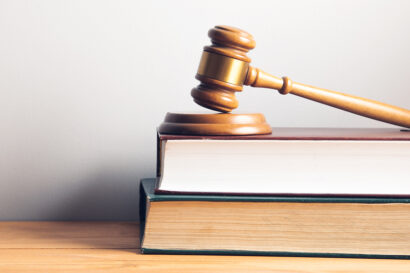 The General Clauses Act of 1897 establishes the fundamental foundation for interpreting the legislation. The act is also known as the Interpretation Act. It provides a standard set of legal terminology, techniques, and expressions that serve to avoid repetition and a standard set of concepts used in legislation. It defines things more clearly by providing standards for interpretation and expression.

The purpose of the legislation is to ensure uniformity of speech by defining a set of commonly used terminology. So, one of the statutory aids to interpretation is the General Clauses Act making the statutory language more concise.

What is the General Clauses Act?

The Act covers all fields of law and contains provisions relating to the interpretation of the General Clauses Act and other Indian legislation. The Act’s definition applies only when the context requires it.

The general definitions will apply to all Central Acts and legislations where no definition is provided except its subject or context is objectionable.

When there is a disagreement between pre-constitutional and post-constitutional laws and no clear definition in the individual enactments, the General Clauses Act seems very useful. To minimise ambiguity, the Act provides a clear suggestion for contradictory sections and distinguishes the acts according to their commencement and enforcement dates.

The General Clauses Act was designed to make legislative laws more concise and to eliminate the duplication of the same words across the same piece of law. Wherever possible, the purpose of an act is to avoid redundant language in a statute.

Objectives and importance of the General Clauses Act

The Act consolidates many provisions concerning word interpretation and legal principles into a single statute that would typically get stated separately in numerous Acts and legislation.

As a result, whatever the Act specifies about the interpretation of words or legal principles, it must be read in any act or legislation to which it applies.

The Act has several goals, including:

The Supreme Court outlined the Act’s objective in the matter of Chief Inspector of Mines v. Karam Chand Thapar. The court stated that the General Clauses Act aims to consolidate many provisions about word interpretation and legal principles that would ordinarily have to be defined separately in various Acts and legislations into a single statute. Legislation’s goal is to eliminate superfluous wording from statutes whenever possible.

The Act specifies how general Acts and other legislation with an all-India scope should get construed. Its significance is clear in light of the many legislations to which it applies.

However, much more may be said regarding the significance of the Interpretive Act, termed the “Law of All Laws.”

Section 3 of the Act is the main section containing definitions that apply to the act itself and all the central acts and legislation post-1897.

The General Clauses Act does not apply when the acts contain separate and specific definitions of their own or when the subject or context of the term is objectionable.

General rules of formation of the General Clauses Act

Coming into operation of enactment (Section 5)

If a Central Act does not specify a date for its implementation, it will get executed when:

If a precise implementation date is specified in the Gazette, the Act will take effect on that date.

Unless some other reason exists, any central legislation or legislation enacted after the commencing of the General Clauses Act shall not repeal any Act which is enacted or is yet to be enacted. The repeal shall not:

The repeal shall not prejudice the continuation of any such revision made by the legislation which is repealed and in effect at the time of such repeal unless a different purpose appears.

To recover, either entirely or partly, any legislation wholly or partially abolished, it shall be essential to specify that purpose in any Central Act or legislation adopted after the beginning of the General Clauses Act.

This clause also applies to all Central Acts enacted after January 3, 1968, and any legislation enacted on or after January 14, 1887.

If any provision of this enactment is repealed or re-enacted with or without any modification, then the previous provision before re-enactment should be considered as a reference to the provision re-enacted unless a different intention appears from the newly enacted provision.

Unless a contrary intention shows, any distance calculated for the objectives of any Central Act or Legislation issued after the commencing of this Act shall be calculated in a horizontal line in a flat direction.

One of the legislative aids to interpretation is the General Clauses Act. This Act specifies the meaning of a term in general, rather than a strict or exhaustive, sense. Its purpose is to make the statutory language more concise.

The General Clauses Act of 1897 intends to create general definitions that apply to all the Central Statutes and legislations that lack a definition. Every Law has a preamble that defines the Act’s scope, intent, and purpose, and it is the primary source for determining the legislative intent underlying the Act.

It provides that where legislation does not expressly provide a specific date of effect, it will take effect on the day it obtains the President’s assent. When an act is revoked, it must be treated as if it never existed in the first place.

When did the General Clauses Act come into force?

What, according to the following legislation, is not an immovable property?

Who promulgates the ordinance?

Ordinance is promulgated by the President when the parliament is not in session.

Which section defines words and expressions?