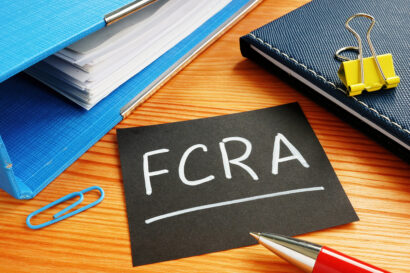 Every country wants to be rich in foreign exchange to keep a check on the declining price of its currency. The FCRA was enacted during the State of Emergency in 1976, fearing that foreign powers would interfere with the situation in India by investing money in India through independent organisations.

The law sought to regulate foreign donations to individuals and groups to function “consistently with the values ​​of the sovereign democratic republic.“

The revised FCRA was enacted in 2010 to “integrate the law” on the use of foreign funds and prohibit its use in “all activities harmful to national interests“.

What is the FCRA?

The FCRA applies to all associations, groups and NGOs that register to receive foreign donations. It is mandatory for all organisations working for the welfare of society to register themselves under the FCRA legislation.

Initially, the registration certificate is valid for five years and can get renewed yearly. Registered associations can receive contributions from foreign sources for social, educational, religious, economic and cultural purposes.

The NGOs are obliged to provide one undertaking to the state that the foreign contributions they will receive will not prejudicially affect the sovereignty and integrity of the country.

What is meant by the Foreign Contribution (Regulation) Act of 2010?

The foreign contribution Regulation Act of 2010 provides the mechanism to regulate the acceptance and utilisation of foreign funding by individuals, associations or companies.

The Foreign Contribution and (Regulation) Act, 2010 defines ‘foreign contribution‘ under section 2(h) of the act.

It states foreign contribution as:-

The Foreign Contribution Amendment Bill 2020 was brought to amend the Act of 2010.

It received the president’s assent on 28th September 2020 and came into force as the Foreign Contribution (Regulation) Amendment Act, 2020.

Here are some essential features of the Act of 2020:

Some minimum requirements need to be followed by organisations, associations, companies, etc. to be eligible for FCRA registration:-

How does FCRA control donations?

It also prohibits a specific person from accepting foreign donations so that the pillars of democracy, i.e. legislature, judiciary, media, and administration, don’t work under foreign entity’s influence, ultimately disturbing the smooth functioning of democracy.

FCRA restricts certain entities from receiving foreign contributions. These are:-

FCRA legislation provides individuals or organisations to register themselves under the act so that they become eligible to receive funds from foreign sources.

FCRA was mandated so the government could keep an eye on funds utilisation received from foreign sources. Donations received should always be used for the same purpose as they were sent.

There are numerous instances of corruption in granting these registration certificates by the administrative officers against bribes, and the funds received from sources from abroad are then channelled into funding various illegal activities.

To avoid these activities, the agencies under the Central government, like Enforcement Directorate, are on the hunt for the offenders involved in the channelising of foreign contributions illegally.

Is a person prohibited from transferring the donations received from foreign sources to another person?

Yes, a person registered or obtained prior permission under the act cannot transfer the contribution received from a foreign source to any other person under section 7 of the FCRA, 2010.

What is the threshold limit on using the foreign contribution for administrative expenses?

Under which bank account is a person permitted to receive foreign contributions?

A person is permitted to receive foreign contributions only in the SBI bank account in New Delhi or other scheduled bank accounts designated as FCRA accounts.

What is the penalty for the contravention of the provisions of the act?

The penalty for receiving foreign funding in contravention of the act's provisions is imprisonment for a term extending up to five years, with a fine, or both.