Factories Act 1948: An Act Focussing on Labour and Employment 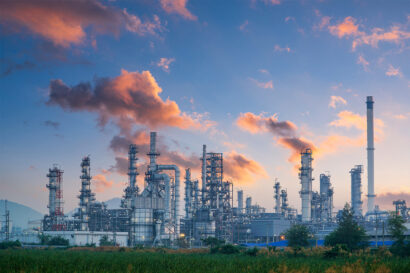 We cannot overstate the importance of workers in streamlining factory operations. Their dedication and hard work assist businesses in reaching new heights. So, any manufacturing company’s top priority should be its well-being.

The constitution of India initially enacted the Factories Act 1948 to protect the right of workers. It’s essential for every manufacturer, worker, and even the average citizen to be aware of such an act and its provisions.

The Factory Act is a fundamental bit of law enacted in 1881. It was the first to regulate workplace conditions of workers and established various provisions concerning workers’ health, safety, and working conditions in hazardous processes.

The Act of 1948 is more comprehensive than the earlier ones. It primarily focuses on health, safety, welfare, working hours, the minimum age to work, paid leave, etc. It also specifies the procedures for imposing penalties for violating its provision.

The act places a premium on regulating health and physical conditions, developing equitable policies for annual leave, and facilitating welfare amenities. In addition, it incorporates special provisions for young people, women, and children who work in factories.

“A factory is defined as any premises where ten or more workers work or were working on any day in the previous twelve months, or in any part of which a manufacturing process is carried out with the aid of power or machinery.”

It protects workers from exploitation by imposing duties, obligations, and responsibilities on the occupier of a factory and the factory manager to improve working conditions within the factory premises.

The primary goal of the Factories Act of 1948 is to guarantee adequate protective protocols at industrial premises.

The Act was enacted to ensure adequate working conditions, including the women and children enrolled in factories. The overall objective of the act is the welfare of the workers. Thus it aimed at regulating the health and safety of workers and enacting provisions for their leave to avoid any form of exploitation.

Features of the Factories Act 1948

The provisions in the Factories Act include all of the essential points concerning working hours, welfare, safety, and health.

As per the adult working time requirement, a worker should not work in a factory for more than 48 hours per week, and a weekly holiday is required.

The act mandated that every factory should be neat and clean and take all necessary precautions to protect workers’ health. So, the factories should:

As per the act, every factory must provide adequate washing facilities. Aside from that, the factory must have proper facilities for storing and drying clothing. There should be first-aid equipment, restrooms, shelters, creches, and lunchrooms.

Chapter IV of the factories act, 1948, prescribes a provision for the workers’ safety in the industries.

It states provision for:-

What is the Manufacturing Process as Defined by the Factories Act 1948?

Under the Act, a manufacturing process gets defined as any process relating to the following activities:

Procedure for Registration Under the Factories Act of 1948

A State Government has the authority to enact regulations governing factories operating within its borders. Each factory which requires to register under the Factories Act 1948 must apply for the following:

Prior permission from the State Government/Chief Inspector is a must for establishing the factory or any construction or extension of factories.

The applicant may submit a plan for any type or description of the factory to the Chief Inspector or the State Government.

The necessary fees must be paid for such registration and licence renewals.

Before occupying or using any premises as a factory, the occupier must provide a minimum of fifteen days’ notice.

According to the act, the occupier must send the Chief Inspector a written notice containing the following information:

Procedure for renewal of licence

As per the Factories Act, 1948, the licence renewal is a mandate and according to a specified procedure.

The provision for renewal of a licence is laid down under rule 8 of the model rules under the act.

The factory license should get renewed every year before it expires. Let’s discuss the steps to renew a licence under the model rules.

Notes:- The licences renewed under rule 8 will be valid till the 31st December of the year for which it is renewed.

Chapter X of the act covers the penalties for the violation.

The penalty for any firm of violation under the act is prescribed under section 92 of the factories act 1948.

It states that if a contravention is committed under this act, then the person liable for this will be punished with imprisonment up to two years and a fine extending up to two lakh rupees and,

If a person was previously convicted of an offence under section 92 of the act and found guilty of the same provision again, that person would be liable under section 94 of the act. So, he/she will be punished with imprisonment of up to three years or a fine of ten thousand rupees extending up to two lakh rupees.

The Act applies to:

Under the Factories Act, the duties of the occupier include:

Section 59 states that if an employee worked in a factory for more than 9 hours any day or more than 48 hours any week, he or she is authorised to receive overtime pay at twice his or her regular pay rate.

As per Sections 28 to 30 of the Mines Act, none of the mine workers should be permitted or expected to work for more than 10 hours any day, including overtime.

Per Section 33 of the Minimum Wages Act, overtime wages must be paid twice the regular pay rates of the worker.

Further, the employer may accept actual work on any day for up to 9 hours in a 12-hour shift. However, he should pay approximately twice the rates for each hour or part of an hour of actual work exceeding 9 hours in a day or 48 hours in any week.

According to Section 14, any worker whose minimum rate of wages is fixed with wage time, such as by an hour, by day, or by any such period, and if a worker works more than that time, it is considered overtime.

If the number of hours comprising a regular workday exceeds the specified limit, the employer must pay him at the overtime rate for each hour or part of an hour worked in excess.

According to Rule 79 of the Act, every contractor must keep a Register of Overtime in Form XXIII, which contains all information about overtime computation, extra work hours, employee name, etc.

Factories act is significant legislation governing employment and labour laws. It ensures health, safety, welfare, working hours, and annual leave with wages. It also governs the occupier of a factory.

Noncompliance with the act’s provisions is considered a violation of the Act, and severe penalties may be imposed. It provides provisions governing the employment of young persons, including children and adults. So, the Factories Act 1948 bought many amendments to the earlier ones that worked for the betterment of workers.

Who is the inspector under the Factories Act 1948?

Every District Magistrate must be an Inspector for his or her district.

According to the Factories Act 1948, how many hours can an adult work per week?

According to the Factories Act 1948, no adult can work more than 48 hours per week and no more than 9 hours per day.

Who is in charge of enforcing the provisions of the factories act of 1948 and the rules implied therein?

Assistant Directors (ISH) are in charge of enforcing the provisions mentioned above in the district(s) assigned to them, under the overall supervision of the Director (ISH).

In the event of non-compliance with statutory provisions, to whom should a complaint be made?

If a worker is dissatisfied with the management or safety standards of a factory, he/she may file a formal written complaint. It can be either directly or through his or her representative in the Directorate of Industrial Safety and Health (DISH) or Labour Department of the State Government or the court of law. 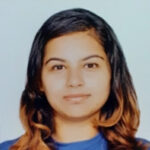