A Legal Study on Equal Pay for Equal Work 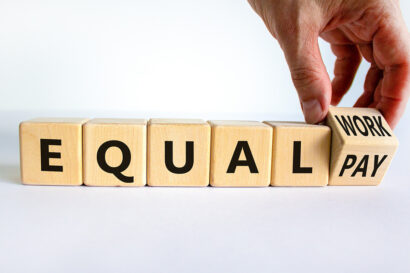 The people made the Constitution of India to maintain social, economic, and political justice. When it comes to justice, economic justice is the most important. For a democracy to be factual, it needs both equality and justice. Because of this, it not only makes sure that everyone has the same status and opportunities but also gets rid of all kinds of differences in wealth and opportunities.

Economic justice means that individuals will have no partiality about how much they are worth. It means equal pay for equal work, and everyone should get what is fair for the work.

Right of an employee: equal pay for equal work

The “equal pay for equal work” principle says that everyone should get the same pay if they do the same work, regardless of gender, caste, or religion. It is to make sure that no one gets treated differently.

Any action that pays less than others in the same situation is a form of exploitative enslavement from a position of power. It is oppressive, repressive, and coercive because it forces people to submit against their will.

Article 39(d) of the Constitution said that every “male” and “female” worker should be given the same wages and salaries and that women shouldn’t be treated differently at work because of their gender.

The Equality Act of 2010 says that women and men should get the same pay for doing the same amount of work, and this applies to everyone in the same job and includes equal pay and all other terms of their contract.

The government passed the Code on Wages of 2019 to set rules for how wages and bonuses should get paid in all industries, trades, businesses, and factories. The main reason for making this code was that laws like the Payment of Wages Act, 1936, were no longer relevant in the modern world. Because of this, it was necessary to update earlier laws.

The Code makes it illegal to treat men and women differently to pay and hire people to do the same or similar jobs as the work of a similar kind requires the same level of expertise, diligence, experience, and responsibility.

The gender pay gap and the struggle for equal pay

The term “gender pay gap” refers to the difference between how much women and men earn in work. There is always a tendency to pay women less than men for similar work, which is unfair and wrong and against the Constitution.

All Indian citizens are equal in the eyes of the law, and it is illegal and a crime to treat one citizen differently than another. So, both by nature and by the law, women should have the same rights as men.

Measure to be taken by an employer

An exception to equal pay for equal work

The right to equal pay for equal work is essential, but it is not a universal right; there are several exceptions. Although these exceptions are not mentioned, some have emerged from various judicial decisions.

Using the factors of responsibility, dependability, and secrecy, the Supreme Court of India concluded in F.A.I.C and C.E.S. v. Union of India (1988) 3 SCC 91 that different pay rates might be established for government employees holding the same position and performing identical work. The court says that equal remuneration is based on the quality of the labour performed, not just the quantity. There may be a range of quality regarding reliability and accountability.

According to the Supreme Court’s decision in Mewa Ram v. A.I.I.M.S, AIR 1989 SC 1256, equal pay for equal work does not apply where the tasks and functions are identical but educational criteria needed for both offices are different. Consequently, different pay might be granted to audiologists and hearing therapists in AIIMS because of their academic qualifications.

In Associated Bank Officers Association v. State Bank of India, AIR 1998 SC 32, the court concluded that state bank officials and branch officers are not in a comparable position regarding their obligations as State Bank of India employees. As a result, the premise of equal compensation for the equal effort was ruled invalid.

Despite several legislative, administrative, and judicial initiatives, the issue of unequal compensation for equal work persists in India. Several efforts have been made still, but there is no legislation. In addition, factors such as a lack of knowledge and a standard interpretation of the law are obstacles to eliminating the wage gap.

Human beings have always sought equality in terms of work and money to achieve a reasonable level of life. There is a problem when society’s pay standards are so low that no one can afford to work or make a living. The most pressing issue is the disparity in remuneration amongst workers in the same industry.

The idea of equal pay for equal work was recognised and established by the Supreme Court of India in several cases as low-paying jobs lead people to think that their wages were due to their social status, class, caste, or gender. This socio-economic norm needed to be adjusted to uphold justice.

Unequal pay is when women are paid less than men for doing the same work, whereas the gender pay gap is a measure of the gap in the overall earnings of men and women.

Pay Equity is equal pay for work of equal value, and the pay Equity Act requires employers to pay females at least the same as male jobs, whereas equal pay means pay given by not discriminating on sex, colour, caste, or creed.

Should men and women get paid equally?

Yes, If they are doing the same job, helping in the same output, they should be paid the same for their efforts, regardless of gender, age, race, or any other factor.

Is there a gender pay gap? 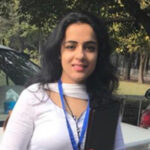