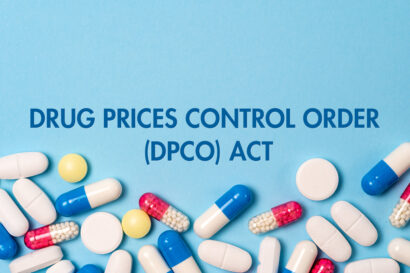 India has a significant revenue generation pharmaceutical market with a variety of drugs available in the market. Pharmaceutical drugs are available in various forms, i.e. expensive ones and cheaper substitutes.

The drugs should be reasonable in price as it is considered a basic need of a person in the event of illness. An unregulated price of pharmaceutical drugs in the market would lead to a violation of the fundamental right of people, i.e. “Right to health”, which comes under the fundamental right to life and liberty as per Article 21 of the Constitution of India.

In compliance with the above-mentioned fundamental right, the government of India issued a Drug Prices Control Order (DPCO) in 1995 to regulate the prices of drugs, its procedures, and penalties and violations regarding the same.

After the amendments in the Drug Policy, 1986; it was released in September 1994 which stated that the main objectives of drug policy as:

The Government of India issued the Drugs Prices Control Order, 1995 as per Section 3 of the Essential Commodities Act 1995, which regulates drug prices.

As a result of its provisions, the Drug Price Control Order, 2013 contains a few key features:

Depending on the severity of the violation, failure to abide by the price notification given by NPPA may result in prosecution under the Essential Commodities Act (ECA) of 1955.

Even the complaints regarding the quality of drugs that attract the provisions of the Drugs and Cosmetics Act, 1940 can be filed with the Drug Controllers or Drugs Inspector, etc., mentioned above as per DPCO.

Retail price is considered a price at which the retailer must offer medicines to consumers, and the product’s label should list the price.

The manufacturer fixes the maximum retail price (MRP) of a drug or formulation considering the ceiling price set by the government as per the Drugs (Prices Control) Order, 2013, and taxes levied on it.

If a retailer sells the medicine in loose packaging, the pricing of the loosened package should adhere to the pro-rata price printed on the label.

Every retailer must display the prices of the medicines and supplementary costs in a place visible to the consumers. They must also issue the cash memos to the consumers and maintain them.

Some labelling requirements to get published on the drug label as per the Drugs and Cosmetics Act and DPCO, 2013 are:-

Before the Drugs (prices and control) Order, 2013, medicine prices were unregulated, and the manufacturers used to enhance the prices without any fixed ceiling. Even now, the prices of drugs increase but in a regulated manner.

The reasons for the rise in the prices of medicines are:-

Fixation of ceiling price of a scheduled formulation

The MRP of the scheduled formulation for the specific intensity and dosage specified in the first schedule is calculated as follows:

The average price of the scheduled formulation to retailers, i.e., P(s), is calculated as follows:

Average retail price P(s) = (Total retail price of all versions of the drug and the gross annual sales of the drug is less than 1% of the total sales in the market) / (Total number of such versions of drugs with a market share of at least 1% of total market sales based on the annual turnover of drugs.)

The ceiling price of the scheduled formulation, i.e.P(c), is calculated as:-

The ceiling price of the medicines is notified to the public in the official Gazette of DPCO, 2013.

The government of India revises a national list of essential medicines from time to time, including the name of all the drugs available on the market. The awareness among the public is crucial about the presence of the regulatory bodies for compliance concerning drug pricing in the country.

The effective enforcement of the DPCO Act leads to ease of availability of all versions of drugs at affordable prices across the country.

The health and welfare of the people are the utmost priority, and it should be dealt with effectively and the DPCO 2013 is enacted in the same aspect.

NPPA is neither a statutory nor a constitutional body. It is an independent body established by the government of India to regulate and manage the pricing of drugs in the country.

NPPA comes under the jurisdiction of which ministry?

National Pharmaceutical Pricing Authority (NPPA) is attached to the Department of Pharmaceuticals (DoP) under the Ministry of Chemicals and Fertilizers.

Under what conditions the provisions of DPCO is not applicable?

Paragraph 32 of DPCO prescribes that DPCO does not apply to the manufacturers:-

Who is entitled to monitor the prices of non-scheduled formations under the order of 2013?

Paragraph 20 of DPCO 2013 empowers the government to monitor the prices of non-scheduled formations and fixed a ceiling of ten per cent for the manufacturers to increase the MRP in one year.

Which paragraph of the DPCO 2013 entitles the central government officer with the power of entry, search and seizure?