Court Fees Act: All You Need to Know 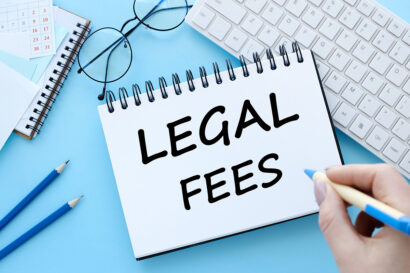 Right to Justice is “A BASIC HUMAN RIGHT” around the world. Every citizen has the right to access justice, and it is the State’s primary duty to provide justice.

The government levies a court fee on people seeking a judicial remedy through litigation. The court fee is the charge for the administration of justice.

So, to determine the court fee in India, the Court Fees Act of 1870 got enacted. The court fee varies as per state, and it also depends upon the nature of the dispute.

The payment system of court fees for adjudication of cases evolved only after establishing the courts in India. During the Colonial era, Britishers introduced the concept of court fees. It came into existence in Bengal through Regulation 38 of 1795.

Scope and Objective of the Court Fees Act, 1870

The Court Fees Act 1870 was passed to prescribe the fees to be paid for the case. The act does not have its Preamble signifying its purpose to be ascertained. However, there’s no doubt that the main objective of the Act is to levy fees for the services rendered by the Court.

The Act provides the amount of fees payable and how the court fees are determined. It also signifies the documents that are not required to get stamped.

Justice is something that should never come with a price tag. But to make sure that the courts function smoothly, minimal monetary support should be provided to the judiciary. Currently, the court fees are to manage the administrative charges.

Due to increased cases, it became difficult for the court to manage those cases. The reason for which the court fees came into existence was to prevent vexatious litigation. The money earned through court fees is used only for the administrative work in the court.

Ad Valorem Court Fees means according to the valuation. Ad Valorem duties are estimated at a certain percentage upon the valuation of the property instead of fixed or specific duties.

Section 7 of the Court Fees Act, 1870, contemplates three types of Valuation of the subject matter of a suit.

This section is only applicable where the ad valorem fee is payable.

Rules for calculation of the court fees

Payment of the court fees

The Court Fees Act states that all kinds of court fees levied under the Act should be paid through stamps, and it is the general way to pay court fees throughout the country.

The state government is empowered to govern the types of stamps used to pay court fees. Section 26 of the Act specifies whether the stamps should be adhesive or impressed is to be decided by the appropriate government and publishes such direction in the official gazette from time to time.

The term ‘appropriate government’ as per section 1A means the state government in the case regarding the matters of the High Court.

There are three methods available for stamping the document:

The facility of E-Court Fee Payment is only introduced only in the following states:

Non-payment or underpayment of court fees

The Presiding Judge gives the direction on what to do if the court receives an underpaid document by mistake.

Court fees for a civil suit in India are a nominal percentage of the total value of the court claim or the value of the suit. The Requisite amount of court fees to be paid is different for different types of suits.

As per Order VII Rule 11 of the Civil Procedure Code, 1908, there are six circumstances under which the plaint gets rejected. There are the following grounds upon which the plaint can get rejected:

One among them is insufficiently stamped plaint. When the plaint is not duly stamped in a civil case, the court gives a fixed time to pay the court fees and duly stamp the plaint. Failing to pay such an amount may result in the rejection of the plaint.

The court grants the extension of the period only when the court is convinced of the cause for not paying the court fees.

Court fee as per the value of the suit

Following are examples of the number of court fees paid as per the value of the suit:

The Act’s provisions do not apply to fees or stamps that relate to the documents presented or to be presented before any officer that serves under the Central Government.

The Maharashtra Court Fees Act, 1959, is the act to amend and consolidate the law related to the fees taken in the courts. The Act applies to the State of Maharashtra.

The Act also consolidates and amends the law related to the public offences and fees taken concerning certain issues in the State of Bombay. However, it does not amend the entries that fall under Entry 77 and 96 of List 1 mentioned in the Seventh Schedule of the Constitution of India.

The Act’s provisions do not apply to fees or stamps that relate to the documents presented or to be presented before any officer that serves under the Central Government.

The Rajasthan Court Fees and Suits Valuation Act, 1961, is an act to amend and consolidate the law related to the court fees and the valuation of suits in the State of Rajasthan. The Act applies to the state of Rajasthan.

The Act’s provisions do not apply to fees or stamps that relate to the documents presented or to be presented before any officer operating under the Central Government.

On 1st November 1956, after the reorganisation of the state of Karnataka, there were several Court Fees Act in force.

These laws differ from each other in various aspects. Thus, laws were needed to bring uniformity to the law and the court fees and suit the valuation rate throughout the state. It was desirous of having one Act for both suit valuation and court fees. Thus the court fees act and the suit valuations act in force were repealed. And The Court Fees and Suit Valuation Act, 1958, came into force.

The Tamil Nadu Court Fees and Suit Valuation Act, 1965, was enacted to amend and consolidate the law relating to the court fees and valuation of suits in Tamil Nadu. The Act got first published in the Fort St. George Gazette Extraordinary on 16th May 1955.

The Kerala Court Fees And Suit Valuation Act, 1959, amends and consolidates the law relating to the court fees and suit valuation in Kerala. The act applies to the whole state of Kerala. However, the provision of the Act does not apply to the documents presented or are to be presented before the officer that serves under the Central Government.

The court fee is the percentage of the total value of the subject matter of the suit. The amount of a court fee is different for every suit. It is merely a way to cover the administrative costs of the judicial process. It can also be seen as a way to protect the revenue of the State.

Every litigant must pay the court fees. What becomes most difficult is calculating the amount of court you should pay. The court fees vary from state to state and are paid as per the Court Fees Act, 1870. However, to make the court fee calculation easy, Legal Practice Management software may help lawyers calculate the Court fee for civil cases directly.

The Court Fee Act, 1870 is a fiscal enactment that got enacted to shield or protect the state’s revenue. Even the government has to pay the court fees similar to any other party approaching the court.

What is the court fee?

The court fee is a certain percentage of the total value of the subject matter of the suit. It is a fee imposed on the litigant to contest a case in a court of law.

Does the amount of court fee to be paid vary from State to State?

Yes, the court fee is governed by the State Legislation, and the court fees to be paid may vary from state to state.

What happens if the court fee is not paid or is underpaid?

If the court fee is not paid or is underpaid, according to Section 28 of the Court Fees Act, the judge or head officer can give direction to pay the due amount of the court fee. It does not affect the proceeding of the court in any manner.

What are multifarious suits?

Multifarious suits are the suits in which distinct reliefs are sought separately on the same cause of action on which a court fee is levied on aggregated value of the reliefs.