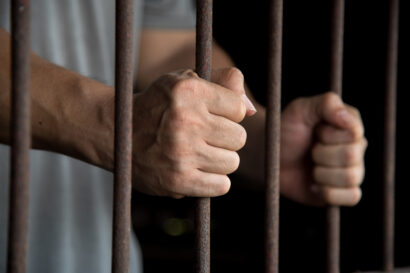 After the introduction of the policy of globalisation and liberalisation, India became a growing market for FDI and international trade. The foreign exchange increased consecutively in the Indian market.

The increase in the foreign exchange and trading of goods and services also increased, posing a threat to the smuggling of goods to evade taxes and duties.

The smuggling of goods and services would ultimately create instability in the foreign exchange reserves in the country.

The central government enacted “The Conservation of Foreign Exchange and Prevention of Smuggling Activities Act, 1974“, also known as the COFEPOSA Act, to conserve the foreign exchange in the country and prevent smuggling activities in the country.

When reasonable controls over quantitative trading change into heavy restrictions, the black market in the foreign exchange eventually develops.

Aside from commodities produced near the border with relatively low shipping costs, black markets tend to rise from other forex sources that are easy to be deceived.

The sale of foreign exchange by tourists, diplomats and foreign workers, remittance from overseas residents and improper billing of commercial documents are some of the ways by which the forex black market rises.

Overbilling imports, i.e., exaggerating the value of permitted imports, allows importers to obtain the additional foreign currency at the official discount rate, make a profit, and resell it in the black market. Similarly, an exporter who issues an invoice, i.e., underestimating the export value, may sell an unreported portion of the export value in the black market.

In both of these transactions, which are often done in collusion with foreign sellers or buyers, the actual price is misrepresented, and forex is diverted from the official market by the premium offered in the black market.

However, control is always circumvented by improper billing of transaction documents and other leaks resulting from spreads between official exchange rates and black market rates.

As a result, central banks may face sustained pressure on their international currency reserves and a loss of firm control over the use of the foreign exchange it allocates. Exchange management has unintended consequences that can have significant social and economic costs. The most common are inflationary effects, distortions in resource allocation patterns, and bureaucratic corruption.

Section 9 of the COFEPOSA Act 1974 prescribes provision for the establishment of the advisory boards by the appropriate government for assisting the government on matters related to the detention of persons and preparing reports regarding the same.

The section states that the appropriate Government would constitute an advisory board for performing the functions mentioned under clause (4)(a) and clause (7)(c) of Article 22 of the Constitution,

These boards will consist of a chairman qualified to get appointed as a high court judge.

The appropriate Government should refer to the advisory board within five weeks from the date of detention of a person under a detention order to prepare the report under subclause (a) of clause (4) of Article 22 of the Constitution.

In case of any difference of opinion, the majority members’ opinion is deemed the advisory board’s opinion.

A person against whom a detention order is ordered is not entitled to appear by any legal practitioner in any matter concerning the Advisory Board.

It is suggested that the Advisory Board’s proceedings and reports should be kept confidential, except for that part where its opinion is specified.

If the Advisory Board has sufficient cause for the detention of a person, then the appropriate Government may confirm the detention order and proceed further with such order for the person concerned.

If the Advisory Board reported no sufficient cause for the detention of the concerned person, the appropriate Government shall revoke the detention order and release that person.

Important sections of the COFEPOSA Act

The COFEPOSA Act consist of the following essential sections:-

Section 2 of the act prescribes some essential definitions of the act.

The term “Foreigner” is defined in the same way as defined under the Foreigners Act, 1946. “Foreigner” means a person who is not a citizen of India.

“Indian customs waters” is defined as the coastal waters extending up to the limit of the EEZ under section 7 of the Territorial Waters, Continental Shelf, Exclusive Economic Zone and other Maritime Zones Act, 1976, and it also includes any gulf, bay, harbour, creek or tidal river.

“Smuggling” trading of any goods is liable to confiscation under section 111 or 113 of the customs act 1962.

Section 3 of the act prescribes the provision regarding powers to make detaining orders against specific persons.

The above-mentioned concerned officer makes detention orders to ensure compliance with the COFEPOSA act and to prevent:-

If the state government makes a detention order, it should forward a report to the central government within 10 days.

Section 5A of the act prescribes that if a person gets detained under two or more grounds, that person will be liable separately on each ground.

Such detention order will not be considered invalid on the ground that such order is:-

Section 9 of the COFEPOSA act of 1974 prescribes the provision regarding the cases under which persons can get detained for more than three months without obtaining the opinion of the Advisory Board.

The detention of a person (including a foreigner) following the provisions of sub-clause (a) of clause (4) of Article 22 of the Constitution can be made under this Act without the Advisory Board’s opinion for a detention period of more than three months but not exceeding six months.

The detention order in such exceptional circumstances against such a person prevents him from indulging in the activities mentioned under section 3 of the COFEPOSA act.

That concerned officer making such detention will declare to that effect within five weeks of the detention of such a person.

The “area highly vulnerable to smuggling” refers to:-

COFEPOSA Act authorised the government agencies to put a person in preventive detention to prevent him/her from getting involved in smuggling activities.

It also authorises the government to act in the same regard for the country’s conservation and augmentation of foreign exchange. In this regard, it ensures the prevention of activities prejudicial to this act. And the government, through its agencies, are entitled to ensure the implementation of the COFEPOSA Act.

The government agencies are empowered to take the person involved in smuggling activities into preventive detention. Still, there are numerous instances where it can be seen that people from powerful countries detained in concern with smuggling activities are not prosecuted under the provisions of this act.

The invocation of the Act is done on a selective basis, and this avoidance of harsher penalties for foreign offenders is the phenomenon that makes the regulation of these activities an issue.

Which section of the COFEPOSA Act, 1974 talks about applying the Code of criminal procedure 1973 to the act?

It prescribes that a detention order will be executed in the same manner as an arrest warrant as per the code of criminal procedure, 1973.

Which legislation or ordinance was in force before the act of 1974?

What is the maximum period of detention under the conservation of foreign exchange and prevention of smuggling activities act, 1974?

What are the grounds on which a detention order will not be considered invalid?