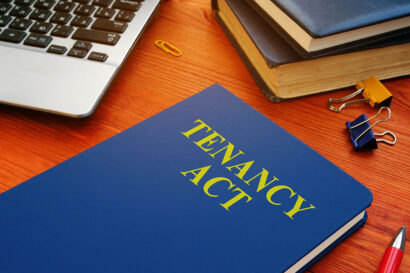 The Chota Nagpur Tenancy -CNT Act, 1908, was instituted by the British. It is a land rights legislation initiated to protect the land rights of Jharkhand’s tribal population because they worship three things water, air, and jungle, and their culture and lifestyle revolve around them.

Why and how CNT came into existence

The CNT act came into existence from the emergence of the Birsa movement led by Birsa Munda (a tribal freedom fighter from the Munda Tribe).

He wanted to reform the tribal society and urged people to stay connected with god and prayers and to be away from alcohol.

His first movement towards the benefit of tribal society was named “ULUGLAN”, and his struggle ended with the formation of the Chotanagpur Tenancy act (CNT Act)1908, but he died in the year 1900.

The Birsa movement pressured the colonial government to introduce laws to protect the land of tribals.

Due to its abundant natural resources, the region drew significant investment in various businesses. And due to land purchases, indigenous members lost their land for public purposes. Inadvertently, the development brought in migration, which increased the demand for land and led to the alienation of tribal lands.

The Zamindari was abolished in the post-Independence period. However, because tribe members’ land rights were already documented, it had only a small impact on the local environment.

However, it signalled the departure of the local begari and abwabs. Ingenuine techniques were used throughout this time, including marriage to indigenous women, fake chaparbandi titles, forcing tribal people to sell their property for a small sum of money without registering the deed, and using antiquated Sada Hukumnama of old Zamindars (Sinha 1993, Thakur 1987).

The fact that so many tribal members were losing their land caused widespread animosity.

The CNT Act of 1908 was strengthened in 1969 due to the Scheduled Areas Regulation (Act No. I of 1969), passed in response to pressure and general discontent among tribal people.

The Indian Limitations Act was revised when the time restriction for restoring land increased from 12 years to 30 years, and the Deputy Commissioner was a mandatory party in all restoration lawsuits.

Since the CNT was amended in 1975, non-tribals were responsible for establishing the validity of the title.

Restoration became applicable to municipal areas according to the CNT Amendment Act of 1979, which also made mortgages available to Mundari Khuntkattidars and Bhuinharis.

The non-tribals exploited the majority of the cultivated lands. The three essential ways to exploit the land of tribals included:

As a change in the present scenario, all efforts have been made to remove the tribal people from their land and make those lands available for industrial purposes. The Deputy Commissioner will transfer land; if he belonged to a non-tribal, he would justify the transfer of land to non-Adivasis.

The CNT Act 1908, which Catholic priest J.B. Hoffman initially wrote, was introduced in 1908 as land law and was seen as a ‘Raksha kavach’ (protection shield) for tribal land in Chota Nagpur.

An analogous land law for the Santhal Pargana was passed in 1859 and is known as the SPT Act. These Acts included complex regulations to safeguard tribal land rights because Jharkhand’s Chota Nagpur and Santhal Pargana are areas with a high concentration of tribal people.

Key provisions of the CNT Act of 1908

Section 46 of the CNT Act prohibits the transfer of land owned by scheduled tribes/scheduled castes and backward classes. However, a tribal member may give their land to other members of their police station area and other scheduled tribes through sale, exchange, gift, or will.

With the deputy commissioner’s previous approval, SCs and BCs may also transfer land to neighbourhood members inside the boundaries of the district where the land is located.

Sections 24 and 25 of this Act say that it is the duty or responsibility of the occupancy raiyat to pay the rent, certain to some conditions that the rent must be equitable and fair enough.

Section 71 of this CNT Act says that if any person is unlawfully thrown out of his land and is in contravention to section 68 of the Act, within one year, he/she may present an application to the deputy commissioner for his regain of his land.

A total of 26 amendments have been made to date.

However, the original CNT statute only applied to the lands of Scheduled Tribes (STs), and the authority to transfer land belonged to the legitimate owner.

The CNT Act’s Sections 46 and 49 govern the selling and acquisition of tribal land.

With the Deputy Commissioner’s approval, a tribal member who lives close to the holding police station may transfer their tribal land to another tribe member under Section 46(A) of the CNT Act (DC).

With the Deputy Commissioner’s approval, SCs and OBCs may transfer their land to community members in the district under Section 49(B) of the CNT Act (DC).

Section 49 exclusively permits the transfer of land for industrial or agricultural purposes from tribe members to non-tribal members. Rather than the deputy commissioner, the tax department grants consent for this land transfer.

According to legal experts, the state government may change the CNT Act based on suggestions made by the Tribes Advisory Council (TAC).

On the other hand, the President’s approval is necessary because Schedule V of the Constitution covers Jharkhand.

Additionally, the Constitution’s Ninth Schedule lists the CNT Act, indicating that it is exempt from judicial review.

The Jharkhand High Court denied his case because it solely impacted “private interests.” He then appealed the High Court’s decision to the Supreme Court.

The High Court erred in dismissing Surendra Dehri’s petition, and the Supreme Court ruled in 2007. The court authorised the tribal petitioner to file a new suit with the Jharkhand High Court to regain his land from a mining firm since it was obvious that the constitutional protections granted to tribal people had been violated.

The CNT Act of 1908 changed the lives of the tribal people of Jharkhand as their land connected to their culture was kept preserved by the government and the constitution. It all happened due to the Birsa movement in actuality.

The CNT Act was amended in 1947 to permit industrialisation, urbanisation, and other “development” initiatives.

Other legislation, such as the Land Acquisition act of 1894 and The Indian Forest Act, violate the CNT Act’s spirit. Because of this, the CNT Act is ineffective in providing any significant defences for the tribal community.

What does the Chota Nagpur tenancy act provide?

Where a tenant of land has the right to bring it under cultivation, he shall get deemed to hold the land for cultivation.

Who got the right over land during the Chota Nagpur act?

Provisions 46 and 49 of the act say that the tribal land can be transferred to non-tribal under sec 49 only for industries or agriculture. The revenue department gives such permission instead of the deputy commissioner.

What is the meaning of CNT-free land?

CNT stands for the Chota Nagpur tenancy act, created in 1908. This act restricts land transfer from a tribal to a non-tribal region in the Jharkhand region.

When did CNT implement in Jharkhand?

CNT Act got implemented in 1908, and after that, it was seen as Raksha kavach for the land of tribals in Chota Nagpur. 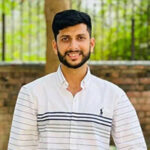 Hi, My Name is Pranjal Rai; I am a law graduate and had completed my graduation from Amity University Lucknow and currently residing in Varanasi, Uttar Pradesh. I was having keen interest in writing articles and as of now, I got 13 articles published and had previously worked as an editor in a website.