How to Obtain Citizenship of India? 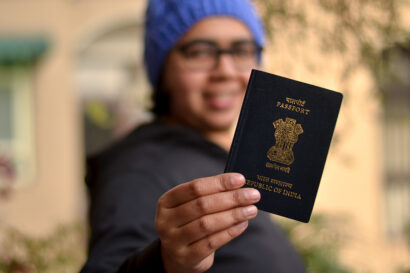 The term citizenship refers to a person’s relationship with the state to which the person owes commitment to its laws and is entitled to the protection granted by the state.

The citizens of India are bound to obey its law and are free to exercise their civil and political rights.

The concept of citizenship is exclusionary because it involves non-citizens. It has been more evident in the Indian subcontinent, where citizenship is defined in the partition’s historical narratives.

Methods of Acquiring Citizenship of India

Procedure to Apply for Citizenship

The Indian government conferred Persons of Indian Origin (PIO) Overseas Citizenship of India (OCI) to certain groups of PIOs who moved from India and obtained citizenship in 2005.

Foreign countries other than Pakistan or Bangladesh are also eligible to apply for OCI if their respective countries accept dual citizenship in some form or another under their constitution.

OCIs cannot vote and are ineligible to seek election in the Lok Sabha, Rajya Sabha, Legislative Assembly/Council, or any other constitutional post, even those held by Indian authorities.

Section 9 of the Citizenship Act of 1955 outlines the following provisions for citizenship termination.

However, if an Indian citizen willingly gains citizenship in another country during a conflict war, his citizenship will not get revoked until the Central Government instructs otherwise.

In India, the discussion of citizenship has always reflected partition and the social, legal, and political changes that followed. The concept of Citizenship of India was based on the universal restrictive attitude toward migrants by the Indian government. It always valued the individualist and liberal at the time of partition. It competed for opposing nationalist ideas, which resulted in the formation of various types of ethnic particularism in the public domain.

FAQs on Citizenship of India

Is Dual Citizenship possible in India?

The Indian Constitution forbids Dual citizenship on the advice of a High-level Committee; thus, the Indian Government agreed to Grant OCI.

What is the full meaning of OCI and POI in the citizenship Act?

A person of Indian origin was granted the status of Overseas Citizen of India by the Indian government in 2005.

What are the benefits for OCI cardholders?

A visa will be issued for a lifetime, allowing you to visit India multiple times and for multiple purposes. There is an exception to reporting to police authorities about the duration of stay in India. Equal rights of NRI shall be given to OCI holders in the field of Financial, Economic and Educational also the acquisition of agricultural and plantation properties.

What are the requirements to obtain citizenship of India?

What is the difference between an OCI card and an NRI card?