An insight on Cinematograph Act 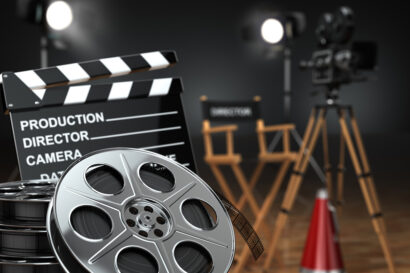 The provisions of the Cinematograph Act were to regulate films and ensure that they are under the limits imposed by Articles 19(1)(a) and 19(2). So, it seeks to make provisions for the certification of films.

The provisions of this Act called for the Constitution of a board for certification called the Central Board of Film Certification (CBFC). CBFC review films and certify them based on the content provided in those films. The board can also reject certification of films if it deems to be against public morality.

Over the years, the Cinematograph Act has been revised several times. Recently, an amendment to the Act was introduced to combat copyright violations and online piracy challenges due to the rise in the online screening of films on OTT platforms and online piracy.

What is the Cinematograph Act?

The Cinematograph Act 1952 establishes a strict system for certifying commercial films for public consumption— shown in movie theatres and other public venues. It is also responsible for the Central Board of Film Certification’s existence (CBFC). The Central Board of Film Certification issues certificates and make edits or cuts based on rules established by the Union government.

There are four categories in the classification system:

The Central Board of Film Certification includes nine regional offices that inspect, classify, and recommend changes to films before they are released. It is the Indian regulatory agency that grants certificates to film producers for public display

The classification and review technique for censored movies used by the Central Board of Film Certification is highly rigorous. It’s a three-step process that considers all points of contention and expert judgment.

To determine the categories and changes, a regional member of the Central Board of Film Certification (CBFC) evaluates the film with the help of a member/s of the government-appointed expert committee.

Censorship of films in India

So, the Act assures that films meet the legal requirements. Following the examination of a film, CBFC can:

The Supreme Court of India explored the crucial matter of pre-censorship of cinematography in connection to the freedom of speech and expression guaranteed by the Indian Constitution in KA Abbas v Union of India, one of the first cases in which the issue of film censorship was discussed. C.J. Hidayatullah ruled that censorship of films, including pre-censorship, was constitutionally permissible. However, he did emphasise that the Board should not impose unreasonable restrictions on freedom of expression.

The Supreme Court addressed a similar issue in S. Rangarajan v Jagjivan Ram, concluding that “since the exhibition of the film could not legitimately be restricted under Article 19(2), the possibility of march and protest was not a valid cause to suppress the same.” The Supreme Court also said that it was the government’s responsibility to preserve freedom of expression.

Types of certifications under the Cinematograph Act

Under the Cinematograph Act 1952, the Central Board of Film Certification (CBFC) issues four different types of certifications:

This form of certification is known as an Unrestricted Public Exhibition, and it has no age restrictions on who can watch it. They may be concerned with familial, educational, or societal problems and contain imaginary violence and mild profanity. When the Board certifies a film as ‘U’, it must guarantee that it is appropriate for a community to view together, including children.

This form of accreditation indicates that the picture is suitable for all ages. Children under the age of twelve, on the other hand, should be supervised by their parents. It could be because the movie’s theme may not be suitable for the children if their parents do not accompany them.

As the certification indicates, this type of film is exclusively suitable for adults. For this certification, everyone over the age of 18 is considered an adult. The theme may involve distressing, violence, drug abuse, and other associated scenes that are inappropriate for youngsters who may negatively get influenced. Movies that meet the requirements of the abovementioned standards but are not appropriate for minors or those under 18 will be graded ‘A’.

Restrictions to a special class of persons (S)

What are the major objectives of film certification in India?

A few major objectives of the film certification in India are:

What does the film censor board consist of?

According to the cinematograph act, the Board comprises a Chairman and non-official members selected by the government, and its headquarter is in Mumbai, Maharashtra. The board’s eight other regional offices are:

What are the reasons for film censorship in India?

As per the Act, a few of the significant reasons for film censorship in India are:

The authorised party to censorship prohibits the direct or indirect depiction of a symbolic political setting. The government does not appreciate overt political implications, so some films are either completely prohibited, or such sequences are filtered or eliminated.

In Indian society, there is a tight social structure. As a result, any medium that depicts sexuality, whether in audio, written, or visual form, not been comprehended by society and concerned with a social stigma is prohibited because it may affect Indians’ undignified morality.

Religion doesn’t tolerate any form of dissent or disobedience to the principles that it promotes. As a result, any medium, explicitly or implicitly distorting any component of religion—its preaching, ideals, or deities, is heavily chastised and thus censored.

Without a doubt, depictions of excessive slaughter and violence have the potential to muddle and confuse the human mind. Viewing such scenes has the potential to have a harmful psychological impact. If the Board agrees that such a scene, in any medium, may have an inherent detrimental impact on the spectator and counter to the enjoyment or knowledge, the scene may be banned, altered, or censored in the public interest by the Board.

In a diverse country like India, a film that incites or encourages any form of communal conflict is forbidden. The goal is to avoid the negative effects of such a movie on people, whether purposefully or unintentionally. If the state considers that a film would provoke riots in a community, the film will be prohibited or censored by the Board.

Sometimes a well-known person is chosen to represent his works or life or anything he has achieved. If that representation is wrong or misleading, then that image, movie, or media is censored.

For example, in situations where the movie is a biography of a person, and that person does not approve the validity of the movie’s content, he can challenge to have that movie not released or be altered and released only after his permission.

What are the proposed amendments for cinematography in India?

Although the Central Board of Film Certification has many protections under the Cinematograph Act, the Union government wants ultimate control over India’s media content and censorship. Furthermore, the government required a conclusion in 14 days, which was insufficient to make the decision on such an important topic as media censorship. Following which, the proposed amendments for cinematography in India are:

The Cinematograph Act regulates the licensing of cinematograph films for public exhibition and the control of cinematograph exhibitions. The Central Board of Film Certification, often known as the Censor Board of India, is an essential establishment that regulates film licensing. Traditional ways have formed the basis for censoring or banning a film in India. However, what is prohibited today might not be prohibited tomorrow. A country’s socio-economic dynamics are constantly changing. As a result, all regulations must strive to conform to the same.

persons, including children and adults. So, the Factories Act 1948 bought many amendments to the earlier ones that worked for the betterment of workers.

When was the Indian cinematograph act originally came into existence?

What was the period of Shakti Samanta as a chairperson of the central board of film certification?

Who is the current chairperson of the central board of film certification?

Prasoon Joshi is the current chairperson

In which five cities established censor boards under police chiefs in 1920?