What Are the Causes of Industrial Disputes? 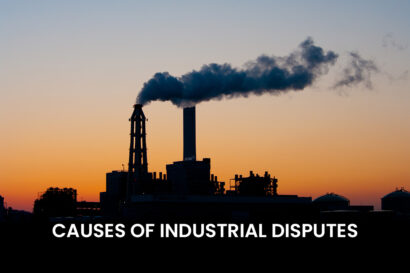 The new industrial set-up led to the rise of the capitalist economy and split the industrial society into workers and capitalists. Capitalists were known to own resources and means of production, while labour sells services. The two groups do not share any common interests.

One wants higher wages and better working conditions, while the other takes advantage of the fact that workers don’t have much power in negotiations and denies them their rights. Also, the employers want more work done. It is when these conflicting interests clash that Industrial disputes arise and serve as causes of industrial disputes.

Even though many different things can lead to industrial disputes, it is not easy to figure out which ones are the main ones. Work stoppages may look like one thing on the outside, but they may have more profound, fundamental causes that can’t be figured out at first glance.

Industrial relations experts have noticed that the reason why the two sides disagree is the same in all capitalist economies.

Demand for wages and allowances

The main reason for industrial disputes in India is because they want higher wages and benefits. Even though prices have been going up fast, wage growth has not been able to keep up. Due to this, workers had to go on strike to get their wages raised. Most of India’s labour disputes arise from workers wanting to get paid more. The number of disagreements would have been minimal if employers had taken steps to ensure wages and prices changed automatically.

Industrial disputes in India arose since workers wanted better things at work, like time off, fewer hours, better safety measures, canteens, and other things. These demands cause about 2% to 3% of all disagreements.

Lock-outs are also a major cause of industrial disputes in the country. Lock-outs happen when strikes last too long and trade unionists don’t act responsibly.

The main objectives of these policies are:

In 1947, the Government of India passed the Industrial Disputes Act, which was later revised in 1956. It was done to settle and prevent industrial disputes. Some of the important provisions of the Act includes:

According to this Act, the Government can appoint conciliation officers and constitute conciliation boards to settle disputes between employers and employees.

A working committee should be formed to maintain good relations between employees and employers in all firms employing more than 100 workers.

If conciliation fails to resolve the dispute, the matter must be referred to a court of enquiry for investigation and report.

When do Industrial Disputes arise?

What has the Government done to reduce Industrial Disputes?

To maintain industrial peace and harmony, the Industrial Disputes Act of 1947 empowers the appropriate government to appoint different authorities when necessary to settle industrial disputes.

In the case of industrial disputes, which authorities play a role?

The Act sets up various authorities, including a works committee, a conciliation officer, a conciliation board, a court of inquiry, a labour court, a tribunal, and a national tribunal.

What is the most dominant cause of industrial disputes in India?

Demand for higher wages is the most dominant cause of industrial dispute. 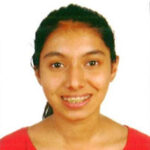 My name is Aangi Sanghvi. I am a budding lawyer, currently in my 4th year. I will be graduating from Pravin Gandhi College of Law in the year 2024. I have interned at law firms and enjoy researching and content writing. My interests include IPR, Real Estate, and Corporate law. I am a curious person by nature and make a conscious effort to gain as much knowledge as I can. In other aspects, I enjoy travelling and music.