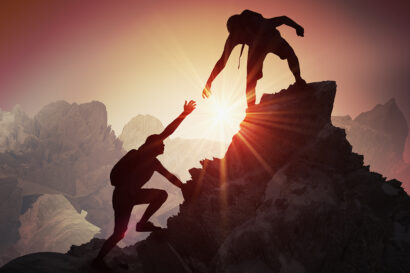 Trust means an organisation formed to achieve a lawful objective.

The Indian trusts act 1882 mainly governs the trusts in India, but the legislation only governs private trusts. However, Public trusts are governed and regulated under the Maharashtra Public Trusts Act 1950, priorly known as Bombay public trusts act 1950.

The public trusts are mainly constituted for religious, charitable, healthcare, or other such purposes.

Section 3 of the Indian Trusts Act 1882 defines trust as “an obligation annexed to the ownership of property and arising out of a confidence reposed in and accepted by him for the benefit of another”.

A trustee mainly handles trust and is a person who is responsible for managing the property or assets of the trust for the benefit of a third party.

What is the Bombay Public Trust Act?

Bombay public trust act 1950 governs the charitable public trusts within the jurisdiction of the state of Bombay.

The name of Bombay public trust act 1950 was changed to Maharashtra public trust 1950 with retrospective effect by the notification of 1960.

It states the charitable purposes for which a society can get formed and registered.

The act also provides the duties, powers and limitations of trustees. A trustee is a person who has a fiduciary relationship with the beneficiaries of the trust and is entitled to make decisions in their best interest.

In the case of the absence of provisions or any definition, the provisions or definitions having the same meaning under the Indian trusts act 1882 will govern the public trusts.

Here take an example of the state of Maharashtra, Public trusts under the state are governed by various statutes like:-

The foreign contribution (regulation) act 1961 governs those trusts which receive donations from foreign sources. These trusts are required to be registered under the act while,

Under the income tax act, charitable organisations like a trust or NGOs get exempted from paying tax on the donations received by them.

The public charitable trusts are also regulated by the Income Tax Act 1961, as an organisation like an NGO, trust, etc., working for charitable purposes have an exemption from paying tax.

In accordance with section 80G of the Income Tax Act 1961, Taxpayers are allowed to claim tax deductions on account of donations made to such public charitable trusts.

For this purpose, trust needs to get registered under the income tax act 1961 by filing an application under section 12A form 10 to the income tax commissioner.

There are a few requirements to meet as per sections 11 and 12 of the income tax act before making such an application:-

Section 11 of the Income-tax Act states that income or gains from property held under trust shall not get included in total income.

Provisions to the maintenance of records by the Trusts

The provisions related to the maintenance of records get mentioned under sections 32, and 36B of the Bombay public trusts act 1950.

Section 32 rule 17 states the provision related to maintenance of accounts of the public trusts. The trusts are obliged to maintain regular accounts in the prescribed format directed by the charity commissioner.

These trusts have to maintain regular accounts of:-

Section 36B of the act specifies the provision for maintenance of register containing details of movable and immovable properties entrusted with a public trust.

The records to be maintained under this section are:-

Under the new rule, all the existing trusts records in Maharashtra must be converted into digital records by the departments.

Rule 5A also suggests that after the commencement of the Bombay public trusts (second amendment) rules 2019, the records of trusts registered under the act should be made electronic within seven days of its registration.

The applications or proposals should also get accepted through online mode.

The assistant or deputy charity commissioner is responsible for implementing this rule.

Is it compulsory to register a private trust?

Section 5 of the Indian Trusts Act, 1882 states that registration of a private trust is not mandatory in two cases. Let’s discuss

Therefore, registration of a private trust is not mandatory.

Whether a trust is entitled to tax deduction benefits if the property of the public trust is associated with the business?

In the case of East India Industries (Madras) Pvt Ltd vs CIT (1967) 65 ITR 611 (SC), The court held that property, as used, includes a business also. Unless the business is exempted from taxation, a donation to such an institution will not be eligible for tax deduction benefits.

What is the scope of inquiry under section 41(D) of the Bombay public trusts act 1950?

In the case of Mukund Waman Thatte v. Sudhir Parshuram Chitale, 2012 SCC OnLine Bom 392, the court considered the scope of inquiry under section 41(d) of the Bombay Public trusts act 1950.

The court held that if the trustee commits any breach of trust, neglects to perform his duty and commit any act dishonestly in the course of his duty. The charity commissioner is entitled to suo moto dismiss, suspend, or remove the trustee of any public trust.

The Bombay Public Trusts Act 1950 also gave recognition to public trusts registered before introducing this act. The regulation of these charitable trusts was necessary as they received funding both within and outside the Indian jurisdiction. These funds can be misused. That’s why the maintenance of accounts and conducting audits was required.

Even these charitable public trusts significantly impact the upliftment and well-being of the unprivileged or isolated sections of society. It encourages taxpayers to donate more and more for the good cause by claiming tax deductions benefits.

Which section of the Bombay public trusts act 1950 states the provision for registration of public trust?

Every trustee of a trust has to apply for registering a public trust under section 18(1) of the Bombay public trusts act 1950.

Where is the definition of a ‘public trust’ prescribed?

The definition of a ‘public trust’ is given under section 2(13) of the Bombay public trusts act 1950.

Is a trust created for an uncertain objective declared void?

According to section 10 of the Bombay public trusts act, a public trust created for an uncertain or unascertainable purpose should not be declared void.

Who is entitled to audit the accounts of a trust?

Under which chapter of the Bombay public trusts act, 1950, the provision concerning powers, duties and limitations of trustees are prescribed?

Under Chapter V-A of the act of 1950 the provision concerning powers, duties and limitations of trustees are prescribed.