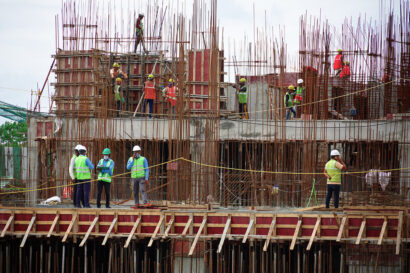 Ensuring the labour class’s safety and welfare is the government’s utmost priority. To provide such health and safety for workers in the real estate sector, the government of India came up with BOCW Act (Building and Other Construction Workers (Regulation of employment and conditions of service) Act of 1996 (BOCW Act).

BOCW Act got enacted to govern and regulate the working conditions of labourers in the real estate sector. It played a crucial role in keeping a check on exploitative activities of the builders or real estate employers. But, the implementation of the act’s provisions is complex because of less stringent penalties prescribed for the infringement.

This act provides for the health, safety and welfare of the worker employed in this regard. The act applies to the building and construction workers only.

Need of Building and Other Construction Workers Act

The BOCW Act protects construction workers from any form of employer exploitation.

It lays down the duty of the employers to maintain adequate working conditions for the workers employed by them in the building and construction works or any other work in the same regard.

It ensures that workers’ health and safety are not compromised at work. It provides provisions for taking adequate safety measures like installing safety kits and machines and providing them accidental insurance.

It provides penalties for the contravention of its provisions to ensure it doesn’t get repeated in future.

History and development of the BOCW Act

The Building and Other Construction Workers (Regulation of Employment and Conditions of Service) Third Ordinance, 1996 states provisions regarding the following matters:

The bill was passed by both the Houses of Parliament and received the permission of the President on 19th August 1996.

Compensation to the workers

The construction workers or the workers associated with similar works primarily work on minimum wages and are unskilled workers. These workers come from socially marginalised sections of society and are not in a position to negotiate. So, most of the time, they get exploited by the employers in terms of wages less than minimum wages or compromise their health and safety.

They also get to work for uncertain working hours or extra hours without extra wages paid for such work.

According to section 45 of the BOCW Act, 1996, the employer is responsible for paying wages to each construction worker. The employer is also liable to pay compensation to the workers affected or injured in an accident.

This compensation will be the full wage or the unpaid balance due under Section 8 of the Workmen Compensation Act, 1923.

Is it mandatory to take registration under BOCW?

Section 2(1)(j) of BOCW Act, 1996 defines ‘establishments’. It states that an establishment is a place belonging to any firm, organisation, body of corporations, individuals, associations, or government, that employs workers for construction works. However, this definition does not cover the construction projects having a value or cost of construction of fewer than 10 Lakhs rupees.

If an establishment initiates its operation after this act’s commencement, it must make an application within sixty days from the date it starts its operation.

Section 8 of the BOCW Act contains provisions regarding the revocation of registration. A registering officer can revoke the registration of an establishment after providing the employer with a fair opportunity for representation.

The section states the condition under which a registration of an establishment can get revoked. The conditions include:

Benefits of having a BOCW card

A BOCW identity card is issued to the workers employed in construction work or companies involved with such work. These workers are known as beneficiaries of the BOCW card.

Section 13 of the BOCW Act, 1996 states that building and other construction workers’ welfare boards should issue these identity cards to every worker. States also provide these beneficiaries with welfare schemes.

The Ministry of Labour and Employment introduces the welfare schemes for these cardholders at the national level. It introduced welfare schemes on life and disability cover, skill development, health and maternity cover, education, pension, housing, and awareness programs.

How is BOCW cess calculated?

According to section 3 of the Building and Other Construction Workers Welfare Cess Act, 1996, the welfare cess is calculated as one per cent of the total construction bill or cost of construction incurred by the employer to build a project is equal to the amount of cess. The same amount is deposited into the funds of the welfare board.

The fund is for the workers’ welfare or to provide them with welfare schemes’ benefits.

Cess Amount = 1% of the Total Cost of construction

For example, if the total cost for building construction is Rs. 1 Crore, the total amount of cess will be Rs. 1 Lakh.

In 2013, the Central Government introduced The Building and Other Construction Workers Related Laws (Amendment) Bill 2013 before Rajya Sabha to amend the uncertain and doubtful provisions in the BOCW Act, 1996.

The salient features of this bill are:

The health and safety of workers working at construction sites is a serious concern that needs to get addressed. Numerous accidents were reported in the past with workers at construction sites because of inadequate safety measures taken by the employers. It is where the role of legislation like the BOCW Act comes into play.

As per the act, the employers need to ensure that the workers are insured, and in any unforeseeable event, they get adequately compensated for fulfilling their medical and household expenses.

The BOCW Act also laid down provisions for building and other construction workers’ welfare boards that protect workers’ interests.

So, as per the Act, the workers should be provided with temporary accommodation near the construction site with the necessary facilities.

Will this enactment get repealed?

This legislation will get repealed with 14 other labour legislation by enacting the code on social security, 2020.

Where is the provision prescribed regarding the appointment of registering officers?

What is the condition to form a safety committee and appoint a safety officer in the establishments involved in construction works?

Section 38 of the BOCW Act prescribes that every establishment employing five hundred or more construction workers is required to form a safety committee and appoint safety officers.

What is the penalty for any contravention committed against this act?

The penalty will be six months imprisonment and a fine between 500 to 2000 rupees for a subsequent conviction. In exceptional circumstances, a fine of fewer than 500 rupees can be imposed.