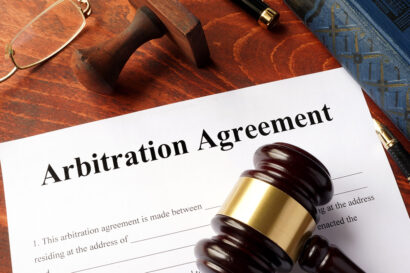 Most companies in today’s competitive marketplace are either unable to afford or do not want to deal with the time, expense, and detrimental impacts of traditional litigation on their operations. Unfortunately, there is a chance of conflict over business procedures or contractual duties in any business connection.

When such issues arise, there is no need to subject oneself to exorbitant fees and delays connected with traditional litigation. Alternative dispute resolution procedures are readily available and can help resolve conflicts quickly, equitably, and inexpensively. Arbitration is one of the easiest methods to resolve disputes. Let’s begin with what is an arbitration agreement in India.

According to Section 7 of the Arbitration and Conciliation Act of 1996, an arbitration agreement is when two parties agree to submit all or a portion of future disputes between them involving a specific legal connection, whether or not they are contractual, to arbitration. Examples of relationships that are legal but not necessarily contractual include those between a doctor and his patient or a lawyer and his client.

Any two parties who sign into a contract must agree to arbitrate any disputes that may arise between them over the terms of the agreement, without resorting to the courts, and with the assistance of an arbitrator. The agreement should specify who will choose the arbitrator, what type of dispute will be decided by the arbitrator, where the arbitration will take place, etc.

Forms of the arbitration agreement

Principles for drafting an arbitration agreement

Whether a formal arbitration agreement is necessary

Whether a clause requiring arbitration must be stamped

Section 5 of the Indian Stamp Act of 1899 states that arbitration agreements are subject to chargeable.

In Bengal Hire Purchase Corpn v. Harendra Singh, the Calcutta High Court ruled that an unstamped arbitration agreement cannot be given under the 1940 Act unless the entire stamp duty gets paid. The unstamped agreement would first be impounded by the courts and sent to the appropriate authorities for payment of stamp duty and penalty (if any). The arbitration agreement shall not be effective until the gap has been cured.

Separate provisions are made to refer domestic and international issues to arbitration in template standard clauses. These clauses offer a convenient way to guarantee that any future disputes will be arbitrated, even while they don’t specify the exact steps to be taken in conjunction with some such arbitrations.

Another advantage is that simpler, more straightforward terms are sometimes easier for contracting parties to accept than some of the more complicated clauses discussed in the following sections of this page.

When a dispute resolution system can potentially have such wide-ranging implications, the disputes must be handled with extreme care. The numerous High Court interpretations and the Supreme Court’s views emphasise the necessity of correctly drafting the arbitration provisions in the contract. It’s about playing with fire to treat it as just another procedural provision.

An impartial arbitrator hears testimony from both parties during an arbitration hearing, applies the relevant legal standards, and then renders a ruling known as an award. Arbitration judgments are binding.

How do I determine whether a disagreement requires judicial action or arbitration?

You might need to file a lawsuit in the relevant court if there isn't such a clause. You can still ask the other party to sign a separate arbitration agreement.

How much does arbitration cost?

It will depend on the institution, tribunal fees, the location of the arbitration, and the costs and fees for solicitors and lawyers.

Is it against the law for any kind of issue to be settled through arbitration?

Do arbitration proceedings fall under the law of limitations?

The statute of limitations is measured from the day the cause of action first accrued until the beginning of the arbitration proceedings, which is legally defined as the date on which the counterparty receives notice from the other party that it has invoked the arbitration agreement (section 21, Arbitration Act).

Does the relevant law acknowledge that arbitration agreements can be separated?

An arbitration clause is still in effect even if the underlying is declared to be ineffective as an element of a contract. Even if an arbitral tribunal determines that the arbitration clause-containing underlying agreement is null and unlawful, it still has jurisdiction to reach that conclusion. 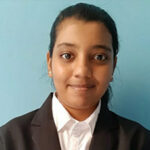 I am Shikha, a 21 years old non-NLU student pursuing my BALLB as in my final year from Maharshi Dayanand University Gurugram. I have an interest in corporate law, IPR, entertainment laws etc.

Being a first-generation lawyer grants me new opportunities and a much more challenging path where I can prove myself through my talk and written style. As a law student, I’m highly passionate about my work and had a quote in my mind every day that learning something new will make me more confident and developed in my field.

Legal blog plays a great role for me where I can easily share any case, judgements, and academics through my point of view blogs. Also a National Cadet Corps (NCC) cadet holder in (A) grade teach me the responsibilities and discipline towards my nation. For me, without exploring yourself cannot make you succeed in life.