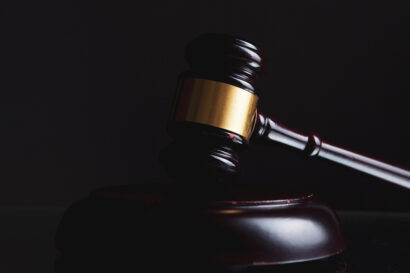 The appellate authority is the body or organisation that deals with addressing appeals against the orders or actions of the subordinate administrative body.

A Central Public Information Officer (CPIO) is appointed as a public authority responsible for supplying required and adequate information within a particular time to the person seeking information under the RTI Act, 2005.

Guidelines of the first appellate authority under the RTI Act

Information requested by an applicant shall be provided or rejected within the time limit set by the Act. Applicant must pay an additional fee for such a purpose. The required information will be provided to the applicant within 30 days.

The applicant has the right to appeal to the first appellate authority if they don’t get information for a decision regarding the rejection of the application and request for an additional fee within the stated period of the Act, which is also possible through appeal.

The first appeal must be filed within 30 days by the provided period’s expiry date or receipt of communication from the Central Public Information Officer(CPIO). When the first appellate authority is satisfied that the appellant was prevented by sufficient cause from filing the appeal, an appeal may get admitted after 30 days.

The second appeal can get lodged after 45 days after the first appeal was filed or immediately following the decision of the First Appellate Authority,

There is a limitation period of a maximum of 90 days for filing an appeal before an appellate authority; beyond that period, the debt will become time-barred.

A delay in filing a second appeal will get condoned when filed within 90 days of receipt of the order of the first appeal. The commission may accept the Second Appeal if it is convinced that the appellant was prevented from filing it on time for some relevant reason.

Appellate Courts have appellate jurisdiction, which defines the court’s capacity to hear or review a case that a subordinate court has already determined. If the parties are dissatisfied with the subordinate court’s decision, they can appeal to higher courts in the form of an appeal.

The subordinate court’s ruling can be overruled or upheld by the appellate courts. Their goal is to ensure justice, considering the facts of the case and relevant laws. These higher courts will be the High Courts of the state or the Supreme Court of India.

There’s always a senior authority designated with the powers to resolve the disputes arising in the appeals at the administrative level. This authority will be any senior officer or any commission established for this purpose.

The powers of appellate authority are here as follows:-

Provision further states that appellate courts have the same powers and conduct their tasks in a manner that is virtually identical to that prescribed by this law for courts of original jurisdiction.

Duties and Functions of Appellate authority

The responsibilities and functions of an appellate authority are as follows:

If a person is dissatisfied with a decision or order made against him/her, the judge may appeal to the Appellate Authority (AA). It is important to note that only the aggrieved person can submit the appeal. Additionally, the appeal must be against a decision or order that has been made by a consumer protection authority established under the RTI Act 2005.

An applicant may register a complaint if he does not get information within 30 or 48 hours, as the case may be, or if he is unhappy with the information provided. As an initial appellate authority, he may appeal to a higher-ranking official.

Who can appeal for Appellate Authority?

Only Applicant can appeal to Appellate Authority.

Who heads the Appellate Authority?

How many appeals can be filed by the applicant?

An applicant can file two appeals:

Which one are Appellant Courts?

Which section of RTI deals with First Appeal?