Why is the Animal Cruelty Act Important? 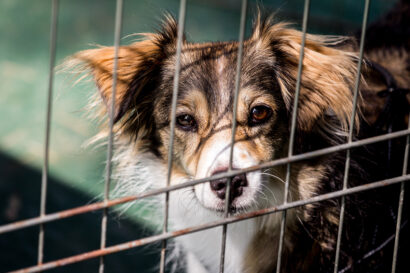 Animal cruelty is handling animals with cruel, violent, unethical, and immoral behaviour and putting them in an environment wherein they feel terrified, defenceless, and terrorised. Animal conservation and welfare have been focused in recent years, with animals varying from Sea turtles to Bengal Tigers. The Indian Constitution makes animal protection a core duty, and there are various animal welfare laws in India, including the Animal Cruelty Act and the Wildlife Protection Act.

All forms of cruelty, such as murdering, poisoning, maiming, or rendering animals worthless, are punishable under sections 428 and 429 of the Indian Penal Code. The government established these laws to protect animals from unnecessary pain and suffering, and similar laws are still amending in response to changing situations. In addition to specific regulations, legislations like the law of torts, constitutional law, and others provide further protections for animals.

What is animal cruelty?

Animal cruelty is intentionally harming, hurting, or slaughtering animals. Cruelty can be malicious, including kicking, burning, cutting, beating, or murdering an animal, or it can be unintentional, such as denying animal water, shelter, food, and medical care. The other form of animal cruelty is animal fighting, wherein animals are taught or compelled to attack one other in violent conflicts at the risk of severe damage or death.

Some data on animal cruelty in India are:

Analysis of the prevention of Cruelty to Animals Act, 1960

The Animal Cruelty Act came into existence to prohibit the imposition of undue pain or misery on animals and reform legislation connected to animal cruelty prevention. Any living being other than a human is an “animal” under the Act.

The Government of India formed the Animal Welfare Board of India (AWBI) with the following functions under Chapter II of the Act:

Various forms of animal cruelty are defined in Section 11 of the Act as follows:

The act contemplates the central government establishing a Committee for the Control and Supervision of Animal Experiments, with the authority to forbid experimentation if necessary.

Chapter V discusses performing animals. Without first registering with the AWBI, it is against the law to exhibit or train any animal under Section 22. This section restricts monkeys, bears, lions, tigers, panthers, and bulls from being used as performance animals.

The Act further provides that under Section 28, it is not a crime to kill any animal in a manner prescribed by the religion of any community. This section was deemed necessary due to the diversity of religions and traditions in India.

Animal cruelty carries a 10 rupee fine, which increases to 50 rupees after the first conviction. If convicted again within three years of a prior offence, it is penalised by a fine of Rs. 25, which may increase to Rs. 100, three months in jail, or both.

A penalty of Rs. 1000, up to 2 years in jail, or both may be imposed for using Phooka or any other method to stimulate lactation that endangers the animal’s health. On the other hand, the government also has the right to confiscate, destroy, or forfeit any animal that is suffering. Any violation of a committee ruling prohibiting animal experimentation is subject to a fine of up to Rs. 200.

How can a person report an animal cruelty case?

Each individual must uphold animal rights. Anyone who sees an act of animal cruelty can report it to their neighbourhood police department or Society for the Prevention of Cruelty to Animals (SPCA) and ask for their assistance in implementing the law to punish the criminal. A local NGO like People for the Ethical Treatment of Animals (PETA) can be contacted if the police are unresponsive, and they will help to take a step against animal cruelty.

Direct complaints about animal abuse should be made to:

The person reporting for animal cruelty should submit a brief written statement and a picture of the incident. Sections 428 and 429 of the IPC, recognised as cognisable and bailable offences, can be used to charge a crime.

The clauses mentioned above, both defined under Chapter XVII of the IPC, only apply to animals with any monetary worth. Since stray animals are neither domestic pets nor have any monetary value, these restrictions seldom result in crimes against them. Because a stray animal was not bought from a pet store and did not have monetary worth or qualify as someone’s property, it is challenging to apply these regulations if it suffers maltreatment.

Other Indian laws on animal welfare

In India’s history of wildlife conservation, the Wildlife Protection Act of 1972 marked a turning point. This Act has 8 Chapters, 60 Sections, and six Schedules and went into force on September 9, 1972.

According to Section 2(37), “wildlife” refers to “any animal, aquatic life, or terrestrial flora that is a part of any environment.” The Act was put into effect to ensure the protection of India’s animals (both terrestrial and aquatic) and their habitats.

States may submit a list of wild animals to the Centre for consideration as invasive species for selective culling under Section 62 of the Act. The Central Government is given the authority by this Act to declare any wild animal (apart from those listed in Schedule I and Part 11 of Schedule H) to be a pest for any area for a certain amount of time.

Although the Act guarantees the protection of wildlife creatures, there are sadly no particular protections for animals under the Act.

Animal abuse in India will now be punishable by harsher fines due to a bill that would be passed into law, the “Animal Welfare Act,” the Minister of Environment and Forests, announced to the Lok Sabha. The Animal Welfare Board of India submitted the “Animal Welfare Act, 2011” as a draft law to abolish the Prevention of Cruelty to Animals Act, 1960. The Bill was written to broaden the concept of animal maltreatment and add more severe punishments for oppressing animals.

The penalties in the present draft include a potential fine of 25,000 rupees and a maximum prison sentence of two years. A subsequent offence will result in a potential sentence of three years in prison and a fine reaching one lakh rupees.

The Prevention of Cruelty to Animals (Amendment) Bill, 2016, was created by the AWBI in 2016 in response to the recent increase in animal abuse instances and the inadequate penalties imposed under the governing PCA Act, 1960. The AWB and various other NGOs asked the Ministry of Environment, Forests, and Climate Change to recognise this Bill in Parliament. However, the Bill has not yet been approved.

Because the present sanctions are insufficient to prevent people from mistreating animals, the Animal Cruelty Act of 1960 is outdated and fails to protect animals. Animals utilised for scientific research are not subject to the same standards as other animals. There aren’t many rules governing how farm animals are raised, as evidenced by the quickly expanding, poorly regulated urban dairy industries.

As a result, the government must make India’s animal protection laws stronger and make sure that anyone who abuses animals faces a lengthy prison sentence, hefty fines, psychological help, and a lifetime ban on being around animals.

Animal cruelty refers to intentionally harming, maiming, or murdering an animal. The cruelty may be willful, such as when an animal is kicked, burned, stabbed, beaten, or shot. It may also comprise negligence when an animal is denied access to food, water, shelter, or critical medical care.

What are the consequences of animal cruelty?

Cruelty results in an animal's bodily pain or disease, emotional misery, and even death.

What number of animals are mistreated every year?

According to the Humane Society of the United States, domestic violence causes the mistreatment or death of approximately 1 million animals annually.

Can someone who kills an animal go to jail?